Craftsman gyroscopic e-screwdriver, you may want one

For me, the Craftsman tool brand mainly harkens back to my dad’s garage workshop more than half a century ago, so now I’d love to see his reaction to this cordless electric screwdriver that knows what you want it to do. You too may amazed at what can be mass-marketed for $25 these days, and how useful it can be around a boat.

Shown above are the LED headlights that can light up shadowy screw heads, and that also nicely turn on for 20 seconds with just a tap on the e-driver’s single control button. But the magic is how the drive shaft can turn clockwise or counter-clockwise with significant torque based only on how you naturally turn the handle.

I’ve vaguely gathered that Sears Roebuck and its once good-quality Craftsman tool line have been through decades of retail hell, so I purchased the Craftsman CMCF604 4v Cordless Screwdriver from Lowes with skepticism. But after using it hard for various home projects, and on the boats, I just purchased a few more (also motivated by the $25 sale price and because they’ll make great gifts).

The technology that Craftsman calls “gyroscopic” apparently involves a 3-axis accelerometer and a torque sensor, at least according to my amateur experimentation. Once activated, the driver motor vibrates in anticipation of work but doesn’t turn as long you hold it still. In fact, you can point it in any direction and move it back and forth along the drive axis, and it still doesn’t turn. But slightly rotate the handle clockwise, or counter-, and the drive shaft will slowly rotate in that direction.

Talk about an intuitive interface! And, yes, it will turn faster when you rotate faster, right up to its 180 rpm max, and also reverse instantly. Moreover, it will keep turning even if your wrist plus its fairly mighty torque assist can not turn the screw any deeper (which is why I think it senses more than motion and speed).

It would be nice if Lowes/Craftsman published a maximum torque specification, as seen with some other electric screwdrivers, but the CMCF604 will deep drive 1 3/4-inch #8 construction screws through cedar and into pressure yellow pine. Sure, an 18v cordless impact driver will do the job much quicker. But this e-driver is more compact and precise, even delicate when needed — and thus excellent for, say, temporarily disassembling fine boat joinery (that was kindly screwed, but not bunged or glued where useful, by a good boatbuilder).

The Craftsman will get a serious workout installing electronics and cable clamps in the months ahead, and will likely replace the beloved 4v Milwaukee that has withstood nearly a decade of onboard abuse. I don’t expect such longevity from the gyro model and its non-replacable battery is annoying. But two Craftsmans would take up less stuff space and the simple USB charging is a plus.

Then again, I now realize that DeWalt offers an 8v Gyro cordless with the two-position handle and drilling mode I like on the Milwaukee (and the very compact B&D Gyro has been out for years, though maybe gone now). This YouTube Craftsman review looks at all three, and I wouldn’t be surprised to see new gyro screwdrivers come to market, because now I know that the technology can work well. Your screwy thoughts? 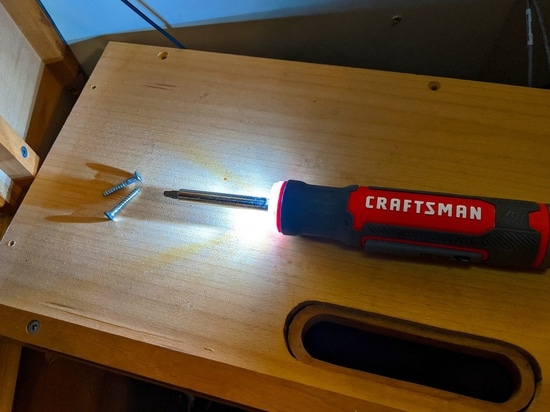 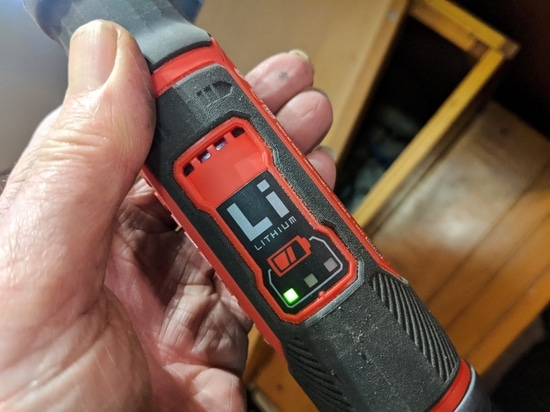 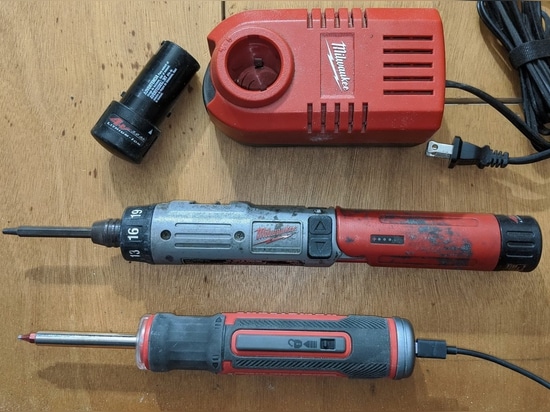