Bénéteau announces the arrival of the Océanis Yacht 54, with a revolutionary deck layout

The Bénéteau Océanis Yacht 54 reinforces the flagship of the range, the Oceanis Yacht 62, using the successfull hull of the First Yacht 53, in a less sporty version.

The future Bénéteau Océanis Yacht 54 should certainly be one of the major new products on the luxury monohull yacht market at the next Cannes Yachting Festival in September!

In order to strengthen its offer on the market for large luxury monohull cruisers, which currently includes the Bénéteau First Yacht 53 (with a sporty feel) and Bénéteau Océanis Yacht 62, the French shipyard has decided to launch a 54 footer, based on the hull on the former, marketed as a more family-friendly version, perhaps more geared towards ocean cruising. The work was entrusted to the duo Roberto Biscontini (naval architecture) and Lorenzo Argento (interior and exterior designer), whose brief was to imagine a comfortable yacht, with luxury finishes and offering great fluidity in movements on board and manoeuvres under sail.

The choice of the 17m hull of the First Yacht 53 is clearly brilliant, so much so that it has won over all the votes for its marine qualities, its volume and... its design! It enables the French shipyard to meet the expectations of yachtsmen who want more volume on board and more functionalities, particularly in terms of deck layout.

The deck layout of the Bénéteau Océanis Yacht 54 changes the game, with traffic never before seen on this type of yacht, managing to combine the advantages of the central cockpits with those of the aft cockpits!

In fact, the Océanis Yacht 54 offers an incredible passage behind the two steering wheels, which has two major advantages: easy and comfortable outside circulation and a feeling of maximum safety when sailing! Notably, the cockpit of the Bénéteau Oceanis Yacht 54 represents more than a third of the total boat's deck area!

The Océanis Yacht 54 has been designed to offer great ease of navigation with manoeuvres grouped together at the rear of the cockpit, immediately accessible from the two steering wheels, and by integrating technologies that facilitate navigation with a reduced crew, we are thinking in particular of use in pairs.

Bénéteau's new luxury yacht features Easy Sailing, with Ship Control (control of all the boat's functions from a screen or tablet), Dock & Go (easy port manoeuvres with a joystick) and Harken's AST (Assisted Sail Trim), for automatic sail trimming according to the apparent wind and jib when tacking.

Note that the Oceanis Yacht 54 has a garage that can accommodate a 2,40m long tender.

Luxury and comfort inside

The last Beneteau First Yacht 53 had impressed by the quality of its finish, for a production boat. The Oceanis Yacht 54 promises to maintain this new standard, with a modern and warm atmosphere, which characterizes Lorenzo Argento's creations, and great luminosity, especially due to the very large zenithal and hull glazing.

The first visuals show a pure and simple style, as well as beautiful combinations of materials.

The owner's suite, located in the forepeak, offers an island bed 160 wide. 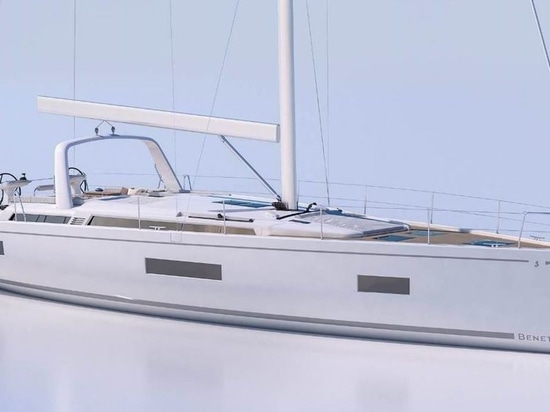 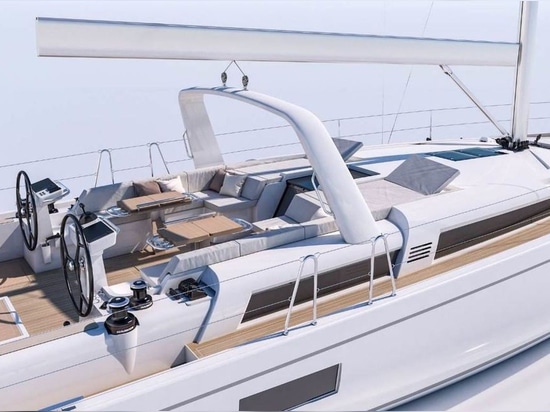 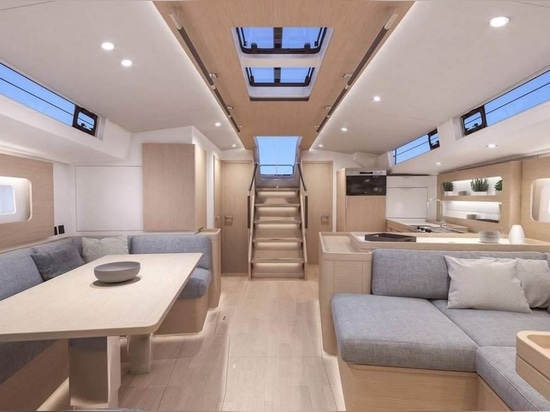 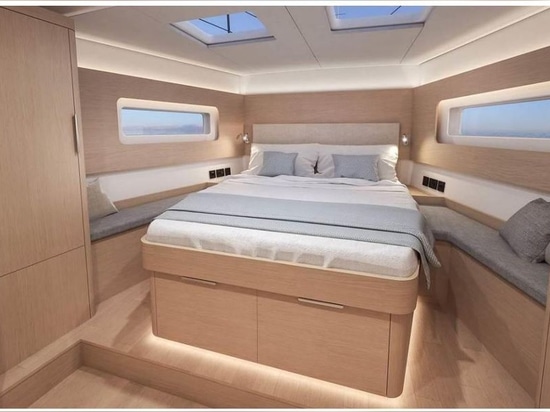