Arrow, the 75 metre Feadship superyacht, has left the Dutch shipyard and is now undertaking sea trials in the North Sea.

It comes after the superyacht was spotted making her way through the Dutch canals last month.

Launched in December, Arrow is “a trailblazer for a new and ground-breaking line of super-luxurious boats”, said Feadship director Henk de Vries. He added that the 75 metre yacht, previously known as Project 703, is “quite possibly the best we have ever completed”.

The multi-deck yacht features a steel hull and 12.9 metre beam, with naval architecture by Feadship De Voogt Naval Architects. Exterior and interior design meanwhile have been penned by Jonny Horsfield and his team at H2 Yacht Design, marking a first Feadship collaboration for the studio.

Other amenities on board include a bespoke mosaic-lined jacuzzi located on the sundeck, as well as a beach club aft complete with a unique bar area.

Speaking at the christening ceremony held in January, the owner said: "Although I have a ten-foot dingy as a child, this is actually my first real boat. I have, however, seen many other people’s superyachts in my life and I have to say that Arrow is the most beautiful and amazingly executed of them all.”

Arrow will join five other yachts expected to be delivered by Feadship throughout the coming year, ranging in size from 49 to 99 metres. The largest yacht currently under construction is the 99.5 metre Moonrise, which was recently spotted on the move after launching in March.

Feadship director Henk de Vries said: “Arrow is the perfect way for Feadship to launch into a new decade with a cutting-edge design that is very much the face of this period of the 21st century". 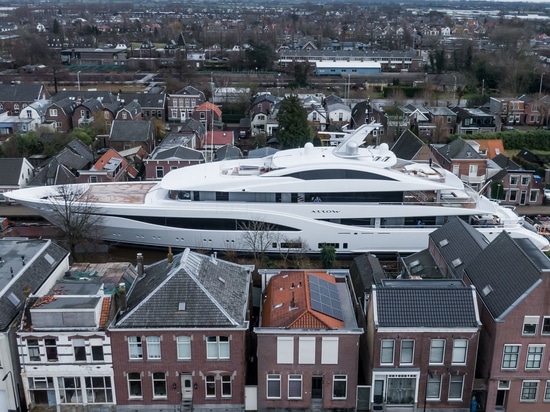 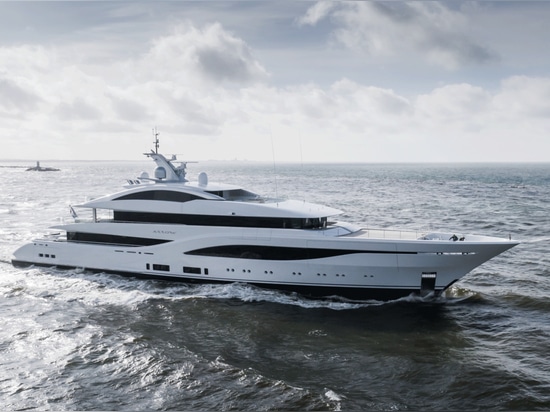 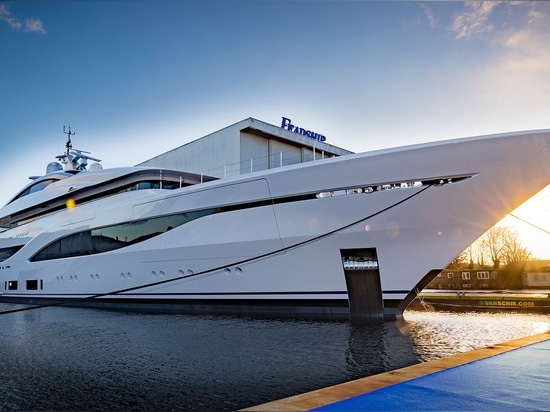 The newly launched 75 metre Feadship has been named Arrow. 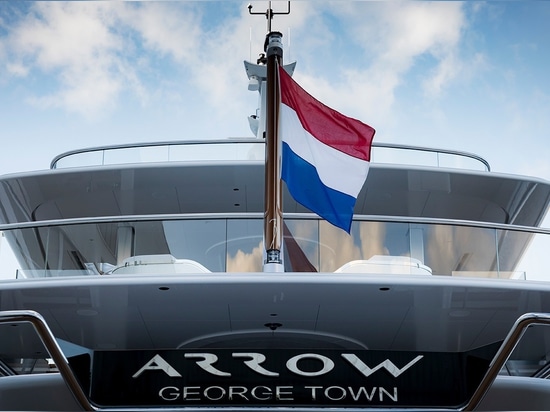 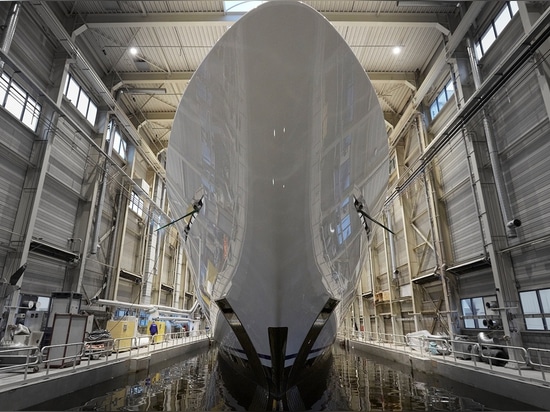 The superyacht was launched on December 16