The Royal Navy could add extra-large autonomous submarines to its fleet following the award of £1m for a test sub.

Plymouth-based MSubs Ltd are to provide the Royal Navy with a 30m underwater vehicle with a range of up to 3,000 nautical miles.

Acquired through the Defence and Securities Accelerator – a collaboration between the MoD, industry and academia – the Manta XLUUV (Extra Large Unmanned Underwater Vehicle) was originally designed and built in 14 months.

In use, Manta could take part in surveillance, reconnaissance, and anti-submarine warfare operations.

“I am enormously excited about the potential for remotely piloted and autonomous systems to increase our reach and lethality, improve our efficiency and reduce the number of people we have to put in harm’s way,” said Admiral Tony Radakin, First Sea Lord, who announced the contract at the Underwater Defence & Security Symposium in Southampton. “These XLUUVs are at the forefront of underwater systems technology; UK technological developments such as this will be key to the Royal Navy maintaining its battle-winning edge in the underwater environment.”

According to the Ministry of Defence, XLUUV submarines are especially adept at covert intelligence gathering. They can leave their dock autonomously and move to the operational area without any embarked crew for up to three months. They are also able to sense hostile targets and report their findings back to the station, making them an important barrier for anti-submarine warfare.

If initial testing is successful, up to a further £1.5m is available to further test the new capability. 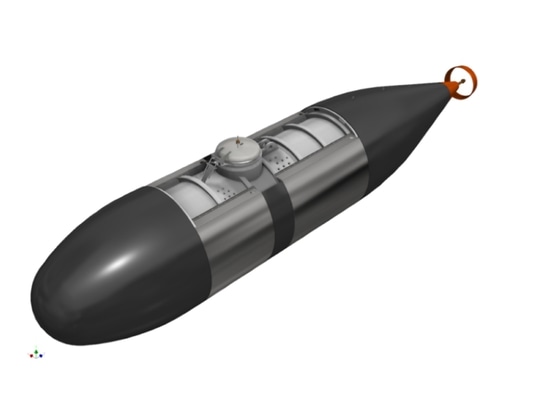