A UK marine organisation has appointed its first female president to drive its growth.

"I look forward to my time as President of the UKHMA and will strive to continue the excellent work of my predecessors in representing the Harbour Masters of the UK and shall promote ,encourage and grow the association whilst continuing to provide a valuable return to the UKHMA membership and the Harbour Mastering community in general," said Ms Nicholson.

Ms Nicholson has worked for Forth Ports for nearly 12 years, starting her career with the port group in 2008 as VTS (Vessel Traffic Service) operator. She joined Forth Ports after graduating from Strathclyde University with a BSc in Nautical Science in 2007 and a brief period with Saga Cruises.

She was one of the initial group of harbour masters in the UK to achieve the MCA Acknowledged Harbour Masters Certificate of Competency and now forms part of the certificate management group.

Ms Nicholson has been Forth Ports' senior harbour master since 2017 and currently manages all the ports on the River Forth, now focusing on the ports of Grangemouth, Rosyth, Kirkcaldy & Burntisland.

She became a full member of the UKHMA in 2011 and was raised to the UKHMA executive council during 2016, progressing to the position of vice president and subsequently president elect during 2018.

Ms Nicholson has recently won the Scottish Engineering / Incorporation of Hammermen of Glasgow award and the Women in Industry award at the CeeD (Centre for Engineering Education and Development) Industry Awards 2020. 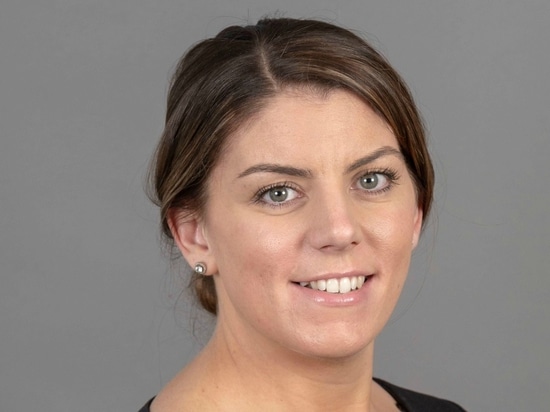 Ashley Nicholson: "I look forward to my time as President of the UKHMA."