Built at the ASTIMAR 20 naval shipyard in Salina Cruz, Mexico, with the Dutch shipbuilder Damen Shipyards and its suppliers, it is widely regarded as the most advanced naval vessel afloat in Latin America.

The scope of works covered all aspects of the ship's electrical systems, including engineering, the supply and installation of equipment, project coordination and supervision, and commissioning. With the vessel being built as five separate modules; three in Mexico and two in the Netherlands, before final assembly in Mexico, Alewijnse was actively involved with all five modules in both locations. The ARM Reformador (Reformer), is a Mexican version of the Damen SIGMA 10514, a proven design that is already in service with a number of navies.

Alewijnse began work on the engineering for the project in December 2016. Much of the focus was on the two most complex modules; those containing the engines and the switchboard room, and the bridge and operations center, together with all their systems. These were built at Damen Schelde Naval Shipyard in Vlissingen, the Netherlands.

With the contract requiring the maximum use of Mexican labor and resources, for the three modules built there Alewijnse acted as site manager and supervised all the electrical works. This involved preparing areas for work, coordinating the Mexican electrician teams, ensuring that the quality was up to standard and assisting with cable terminations and cold wire checks, especially for the complex military systems. At the height of the work, Alewijnse had up to 50 electricians and coordination personnel in the Netherlands and later up to 15 on site in Mexico.

Alewijnse also transferred steelworking and electrical skills to workers at the ASTIMAR 20 naval shipyards and arranged the translation of manuals and instructions into Spanish. Finally it trained the ship's crew on the main systems, both for its own systems and those manufactured by its partner suppliers. 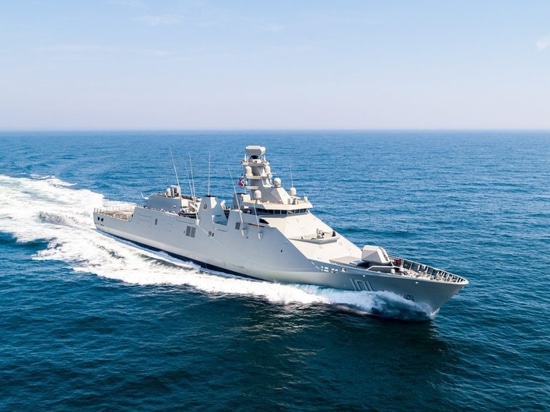