Building on the innovation and success of the award-winning Apollo Series, the WB670 premium hideaway solution eliminates the need for a stereo to be present on the dash, while the ERX400 offers users complete audio entertainment control with an all-new intuitive user experience, and an ultra-compact design that can be mounted in convenient places around the boat.

“We know dash space is valuable real estate on a boat, that’s why we’re pleased to add the WB670 hideaway system and the ERX400 wired remote to our Apollo Series, giving customers more flexibility for the stereo location without compromising audio quality,” said Dan Bartel, Garmin vice president of global consumer sales. “Controlling your onboard audio entertainment has never been so easy or looked this good.”

A powerful extension of the Apollo Series, the WB670 inherits the key audio innovations and technological brilliance from the Apollo RA670, but in a compact, space-saving form factor that can be hidden away behind the dash or mounted in a variety of locations like storage lockers, inside of the helm console or a glovebox compartment, and controlled through a compatible multi-function display (MFD) via NMEA 2000 or Ethernet.

Like all Apollo Series stereos, the WB670 includes Fusion’s Digital Signal Processing Technology (DSP) that enables the optimization of Fusion speakers, subwoofers and amplifiers in each audio zone on the boat. With just a few clicks via the free Fusion-Link app, boat owners can set up the preconfigured DSP profile to play high-quality audio customized to their ears and their specific environment.

The WB670 also features Fusion’s signature PartyBus-Network capabilities that gives boaters the freedom of musical choice across the entire boat, especially when there are multiple PartyBus-enabled stereo options onboard. For advanced control, new PartyBus-Network functions like Stereo Grouping, Volume Control, Power Options and Home Zone have been added for seamless navigation of the boat’s entire audio network. When connected to a wireless network router or Wi-Fi-enabled Apollo Series stereo network or Garmin MFD, users can also enjoy high-quality audio streaming with Apple AirPlay® 2 from their compatible Apple device.

Featuring Fusion’s most intuitive user experience yet, the ERX400 wired remote with ethernet connectivity allows users to add full control of their audio entertainment to any zone on board and across multiple Apollo Series stereos. It has a 2.7” brilliant, optically bonded, full-color LCD display with an ultra-compact modern form factor that can either be mounted with a conventional flush finish, or integrated into the helm with a premium flat finish. Installation is quick and easy for the ERX400, and with a shallow mounting depth of just 49mm, it’s ideal for thin wall cavities where mounting depth is limited.

Designed to withstand the harsh marine environment, the ERX400 meets international IPX6 and IPX7 weather resistance ratings from the front and back. It’s compatible with the full Apollo Series, including the new WB670, and the RA770, RA670 and SRX400 stereos.

For added convenience, both the WB670 and ERX400 can receive over-the-air software updates via the Fusion-Link app when connected to a Wi-Fi-enabled Apollo Series stereo network, or other wireless network router like a Garmin MFD. Engineered to Fusion’s True-Marine standard and backed by Fusion’s three-year consumer warranty, the Apollo WB670 and ERX400 have passed stringent pressure and water-tightness tests, and are designed to deliver crisp sound and quality entertainment season after season.

The new Apollo WB670 hideaway system is available now for $449.99, and the ERX400 wired remote, also available now, retails for $229.99. For more information about the Apollo series and the full range of Fusion audio and entertainment products, visit fusionentertainment.com. 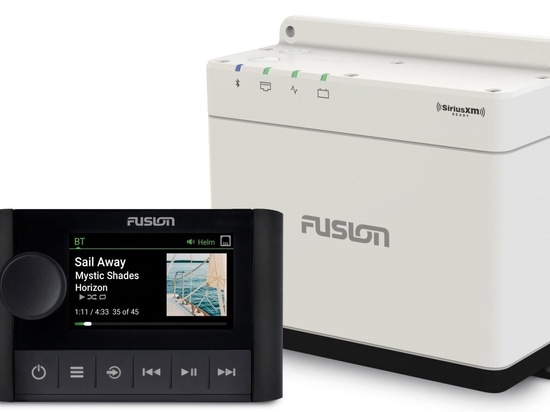 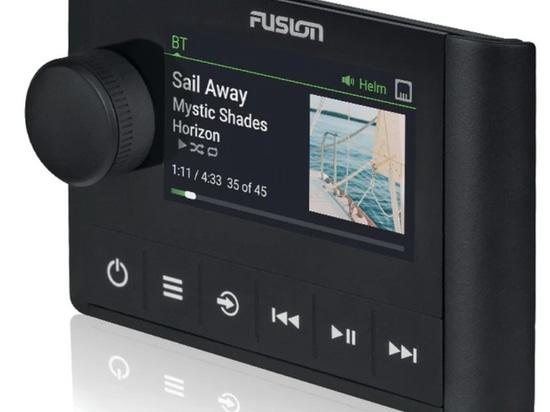 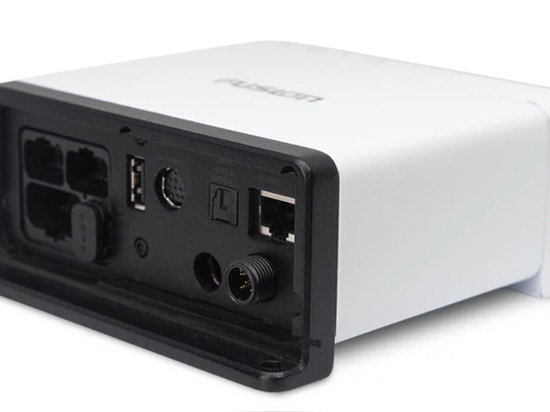