DC Air Conditioning – Comfort on the water, no generator required

Ben and I are very pleased to publish the first guest entry from Phil Gutowski, owner of BoatRX and Sail contributor ~ Ben S.

As the hands-on proprietor of a marine systems installation company — and as an avid cruiser on my own time — I’ve learned that new climate control technology is changing the way we go boating. By pairing DC air conditioning systems with advanced battery chemistries, we can finally install powerful climate systems on boats without generators.

It’s a concept that may not seem so novel to owners of larger sailing and trawler yachts. Many of them already have battery banks and big inverter systems sized to operate all of the 110/220 volt loads on the boat for an extended period of time. Recharging the battery bank is accomplished with a high output alternator fit to the main engine. An extraordinary amount of power can be generated in this way. In fact, the recently introduced Integrel System consolidates 9kW of main engine-driven power generation into an automated package.

These systems are especially effective when storing energy in LiFePO4 batteries. Since the internal resistance of these batteries is so low, they have extraordinarily high charge acceptance rates. This means that it’s possible to generate and store energy in only a fraction of the time it took to consume it.

But what about the smaller outboard boats which still desire loads of cooling? Let’s do some back of the napkin math. If I were to install a traditional 16k btu 115v air conditioner from the leading brand, it would consume about 1400 watts of power. Now let’s run it from an inverter connected to the boat’s 12 volt batteries. Assuming no loss of efficiency through the inverter, 1400 watts equals 112 amps at 12.6 volts. That’s a lot of current!

Let’s also assume the engines (2) are running. The popular 6 cylinder Mercury Verado 350’s have a 70 amp alternator, and my testing has shown the Mercury alternator will produce full output at around 1300 rpms. The steering pump for each of those Mercury engines consumes up to 30 of those amps, while the other systems on the boat eat up another 25. So, for two motors revved to 1300rpms, amps consumed subtracted from amps produced leaves 55, not even half the 112 needed. And what about the life expectancy of alternators running at full output most of the time?

The problem here is one of power efficiency. Air conditioning on any vessel is almost always the greatest consumer of electrical energy. Year after year, the big manufacturers make minor improvements to their equipment, but the technology is still largely unchanged since the 1980s. Meanwhile, we’ve seen major leaps forward in the terrestrial air conditioning markets. Inverter driven compressors, which allow compressor speeds to be regulated, have dominated the residential market with the prevalence of ductless mini-splits.

These modern systems regulate the flow of refrigerant through the expansion valve to optimize the amount of superheat in the evaporator. As the heat load in the room changes, they then slow the compressor speed to maintain the set temperature and this provides a dramatic reduction in current draw from the motor. Finally, if the unit is run directly on battery power, there’s no loss as an inverter steps up the DC battery voltage to 120/240 AC.

A couple of manufacturers are applying this technology nicely. For instance, Termodinamica of Italy — mostly known for their large-scale and high-end superyacht air conditioning systems — has made a foray into the small boat market with a 16k btu air conditioner which runs on 24 volts DC. They even have a split-unit option that allows separation of the air handler from the condensing unit, which means that installers have greater flexibility when fitting the system in smaller spaces.

Considering that most boats in the US operate on a 12 volt DC system, these Termodinamica air conditioners do require a somewhat complex installation, including a separate 24 volt battery bank, shore power 24v charger and step-up DC converter. Incredibly, however, these systems only use 700 watts of power to move 16k btu’s of heat. If we convert those numbers back to amps consumed from the 12 volt battery system, we get just 58 amps and that’s about 50% more efficient than the majority of equipment we are using today. I thought those figures were pretty unbelievable, so I did my own testing.

Another variable speed DC air conditioner manufacturer which deserves mention is Mabru Power Systems. They offer 5, 7, and 12k btu units which all run on 12 volts, and are thus much more straightforward to install. With no change in voltage required, a simple extension of the house battery bank works well. And if a dedicated air conditioning battery is prefered, it can be added with a simple automatic charging relay or DC to DC charger. The 12k btu unit draws only 44 amps max in cooling mode. I haven’t yet done a field capacity test of this system, but will post a video as soon as I do. As proof that the idea is catching on, The Beneteau Group recently reached an agreement with Mabru to purchase DC units for many of their new power boats being built in France.

Another example of the new market demand for these systems is seen aboard Axopar boats. Built in Poland, these are tactical style outboards which sport a pilothouse and the option of fore and aft cabins. Nautical Ventures, the largest Axopar importer in the US, is regularly working to meet the needs of clients who want air conditioning, often as a condition of purchase.

All this new technology is great, but one piece of the puzzle is missing, the electrical system design and installation. This part is critical, so critical in fact that a major distributor of DC air conditioners recently went out of business after a large group of customers complained of issues all related to poor installation. Thankfully, if we follow the standards put in place by the ABYC and design a robust system that follows the conventions we’ve learned through the years on a wide variety of BoatRx electrical projects, we’re likely to succeed.

DC air conditioning technology, high output alternators and new battery chemistries are changing our expectations about how we generate and consume power onboard. I, for one, am very excited for the change that’s happening and have made high efficiency air conditioning systems our business focus at BoatRx. 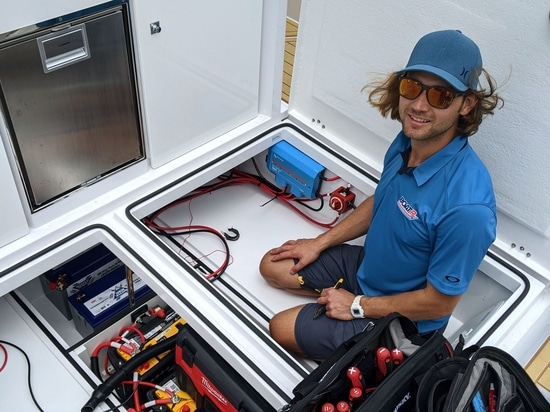 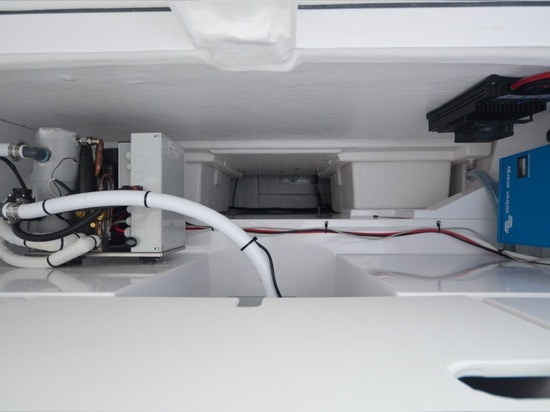 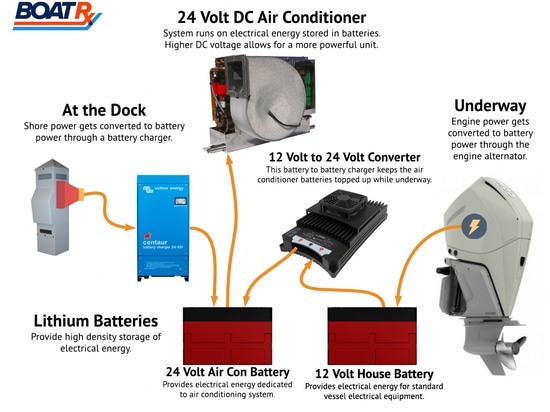 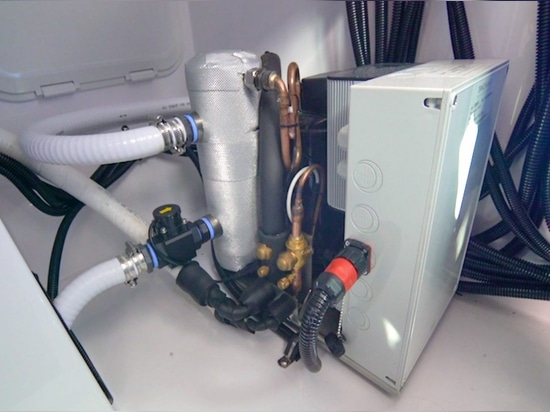 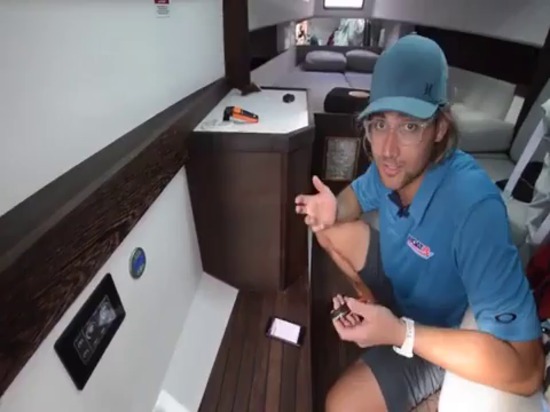