New DF140BG will be first in its class with drive-by-wire throttle and shift.

Suzuki Marine announced this week a new engine platform for its 140 and 115 hp outboard categories. The announcement came from Gus Blakely, Suzuki Marine’s vice president of sales, in a virtual meeting with Suzuki dealers, boat builders and members of the boating press from around the world.

A physical press launch of the new 140/115 outboard is scheduled to take place at the end ofJune at the new Suzuki Marine Technical Center in Panama City, Florida. We hope to provide you with a hands-on report following those tests. In the meantime, we know that new engines are based on an inline-four-cylinder, 16-valve powerhead with 1.25 liters of displacement—same displacement as the current 140/115.

However, the new 140, dubbed the DF140BG, will be the first in its horsepower class to feature drive-by-wire throttle and shift, eliminating the need for mechanical cables. This motor will also sport a 10.5:1 compression ratio (versus 9.7:1 for existing 140) to produce greater torque. The new 140 will weigh about 13 pounds more than its predecessor. The new motors boast designed cowlings and graphics, as well.

Blakley also announced a new, lighter shade of white for Suzuki outboards—super cool white—to better coordinate with the colors of today’s new-model boats. Suzuki is also celebrating its 100th anniversary, and to commemorate the occasion, the company will be producing a limited edition of 100 models of the DF350A flagship motor with all-pearl-white panels. 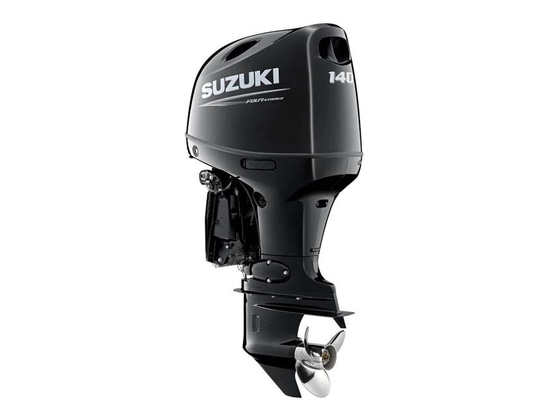 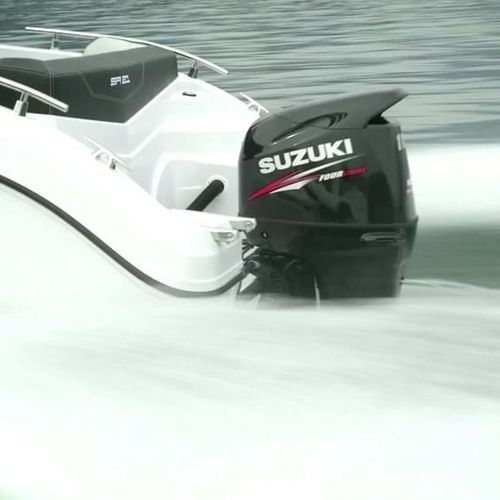 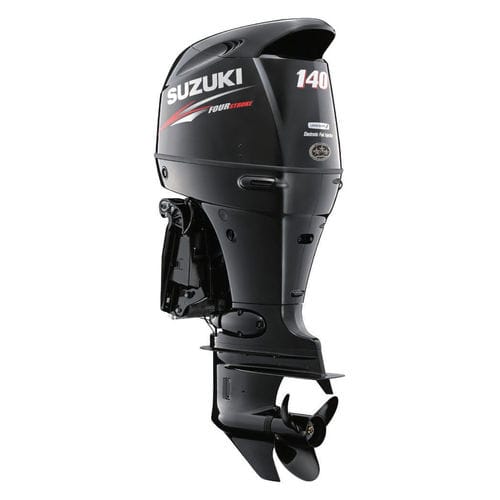