Voltaire 33 Sky: This electric powercat is as eco-friendly as it is stylish

The new Voltaire 33 Sky, a super-sexy semi-displacement day-cat, is pushing the concept of sustainability to new heights.

Not only is she all-electric, but also her hulls and superstructure are laminated with mostly natural materials – woven reinforcements of flax, which is a food-and-fibre crop easily grown in the world’s cooler latitudes – and bio-epoxy resins, usually made from non-synthetic/non-petroleum-based ingredients such as vegetable oils. This powercat is believed to be the first production boat to use such materials as standard.

With a LOA of 32ft 6in (9.9m), a 13ft 1in (4m) beam and a light-load displacement of 4.7 tonnes, the Voltaire 33 Sky sports sharp reverse bows, beautiful sweeping shears and more on-deck space than a typical 40ft monohull.

There’s a centre-console, walkaround decks, marvellous lounge spaces fore and aft, and bathing platforms, not to mention a micro-galley and a heads compartment.

Simple straight shafts and props allow a particularly shallow draft and, perhaps most importantly, the ability to nose ashore occasionally on a suitable beach.

Depending on conditions, top speeds should be around 17-20 knots with normal cruise speeds between 8-12 knots. And at nine knots the quoted range is a highly practical 100nm.

Plus there’s the possibility of boosting batteries with a 600Wp solar unit integrated into the optional T-top.

The Voltaire 33 Sky is being built at Daedalus Composites in Edenton, North Carolina, but is being marketed from Berlin-based start-up Voltaire Electric Yachts.

The men behind Voltaire are Michael Reardon, who was involved for a time with Greenline builder Seaway, and Florian Nierich, formerly of Hanse Yachts, while the design is by Jonas Hertwig. 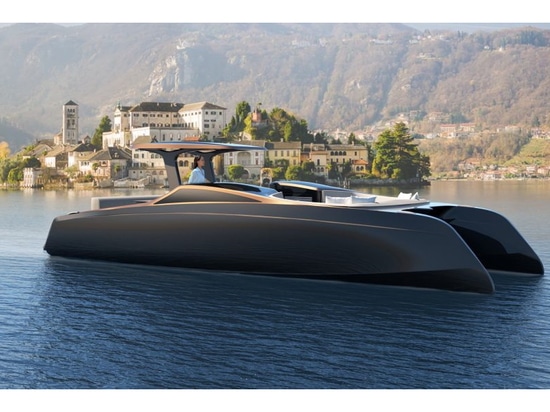 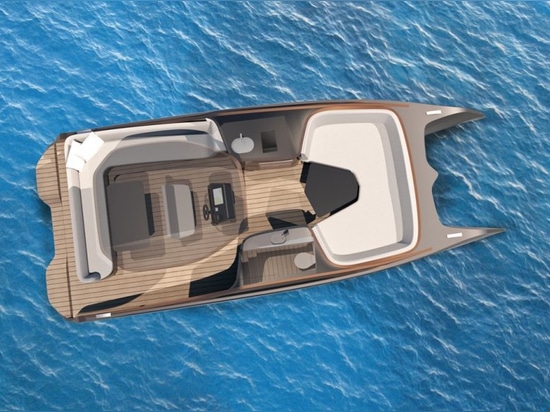 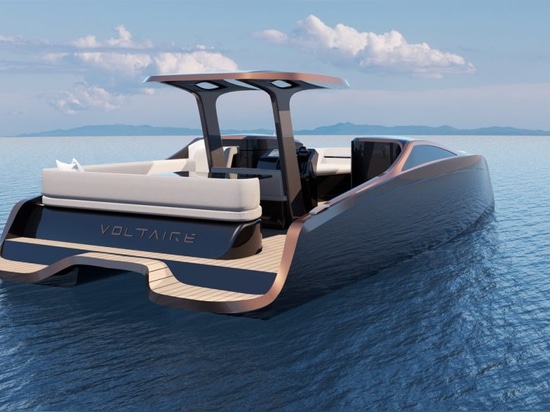 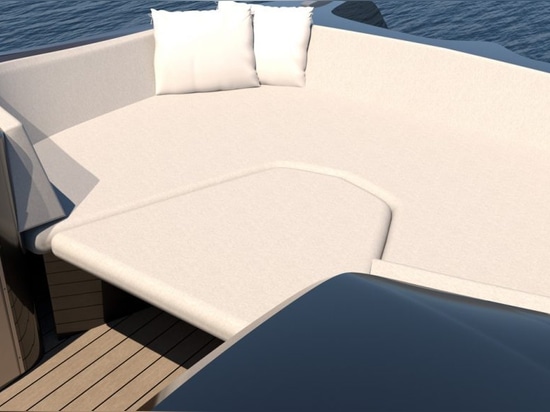 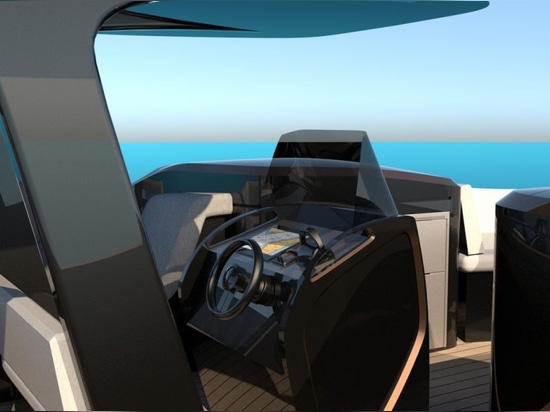