Anchor design is always evolving and Ultra Marine claims its new design is the best yet. Theo Stocker tested the 12kg model, with the Ultra Flip Swivel, on his Sadler 29.

At first glance the 12kg anchor with the Ultra Flip Swivel is similar to a Spade anchor, but with curves on three planes.

The upper surface curves strongly downwards towards the tip, so that it catches and digs in even on hard, flat surfaces.

The fluke is concave side to side to prevent ploughing, and the undersides of the fluke arc downwards with side plates at the back to force the tip down.

The tip is filled with lead to maximise tip loading, while a hollow shank creates a stronger shape than plate metal and lowers the centre of gravity.

This weight distribution, supplemented by a central rear bar to stop the chain fouling on the shank, negates the need for a roll bar, which its makers claim can stop anchors digging in more deeply.

The underside of the fluke rises up to a flat section at the rear, which allows the anchor to pivot upwards when being broken out.

It is made in 316L stainless steel only, as the air in the hollow sections would not withstand the hot galvanizing process.

How we tested the 12kg Ultra Flip Swivel

We used the anchor in a range of anchorages and heavy weather was simulated with generous amounts of power astern.

We spent nights at anchor and over tide changes, and I also dived on the anchor to see how well it had set.

I was impressed with how quickly the anchor set.

While our normal 10kg Bruce anchor can struggle in soft sand and weed, the Ultra anchor buried itself almost completely and refused to drag.

On bare rock, the anchor slid across a flat piece of rock until the tip met a crevice and brought the boat up sharply.

As the tide changed, the anchor stayed lodged where it was and held the boat, even under astern power.

So the Ultra’s performance amply delivers on its maker’s promises as is comparaable to other stainless anchors.

If you’re looking at cheaper galvanized anchors, it’s quite a step up cost wise.

The Flip Swivel is a great piece of kit too.

No larger than a conventional swivel, but much smaller than other flip swivels, its ball joint reduces lateral forces by allowing 30º of movement in all directions, as well as 360º rotation.

A small nub rolls the anchor the right way up as soon as the swivel hits the bow roller.

It’s made of CNC-milled stainless steel, with a breaking strain of a tonne more than our 8mm galvanized chain. 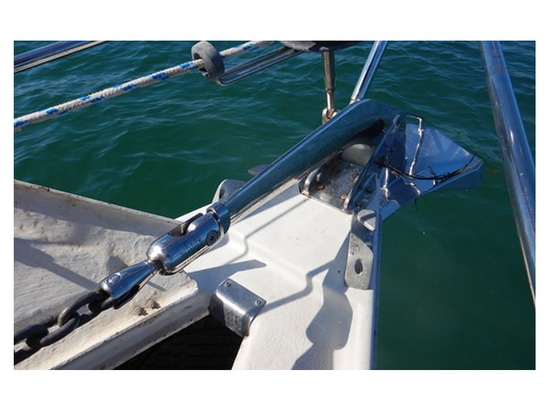 The 12kg model, with Ultra Flip Swivel, was tested on a Sadler 29 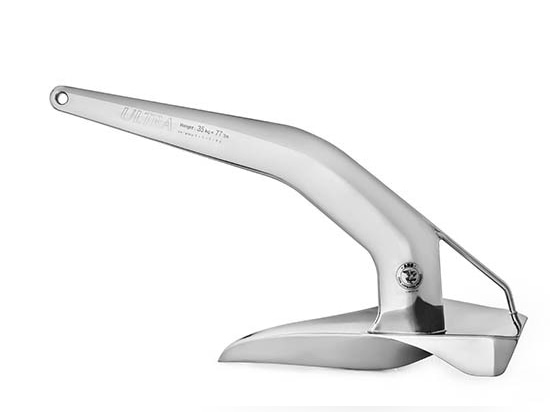 A hollow shank and a lead weighted tip keep the anchor the right way up. The rear bar prevents chain wrapping round the shank 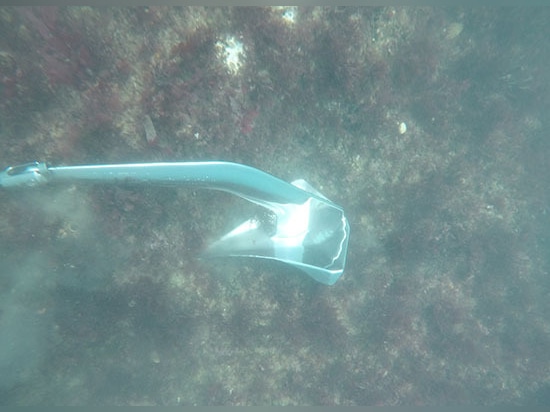 The anchor was tested in a range of anchorages 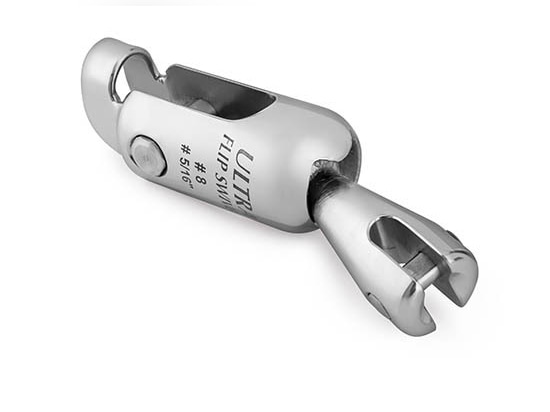 The flip swivel has a nub at the top of the ball joint, which forces the anchor to roll the right way up 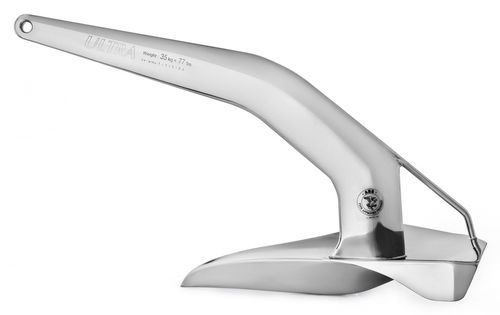 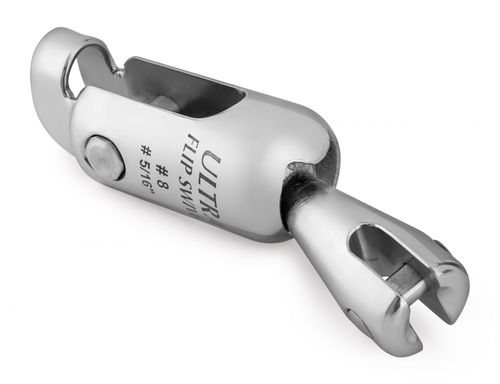