The Viking-built Valhalla Boatworks center consoles have been big since the boats debuted in February 2019, and they just got bigger.

The company announced its newest model, the V-46, which is to debut at the Viking VIP show in Riviera Beach, Fla., in January.

Valhalla has delivered 70 boats, but according to Viking, customers wanted more: more seating, more living space and more creature comforts, such as air conditioning. “We weren’t looking to squeeze any of this into our 41,” said design manager David Wilson. “That [additional] overall 6 feet really allowed us to get the accommodations that the customers were looking for.”

The console houses an air-conditioned cabin with 6 feet, 7 inches of headroom and an open layout. Side windows let in natural light to give the space an airy feeling. A forward dinette with U-shaped seating has a table that drops down and converts to a queen berth. The galley offers fridge/freezer drawers, a sink and a microwave. A private head with shower sits abaft the galley.

The V-46 is designed on the same two-stepped hull as the 33, 37 and 41, which has the Valhalla S-shaped sheer and tumblehome transom. The raised helm provides good sightlines forward and aft. The company added a second row of seating under the T-top and an aft-facing mezzanine. There’s a two-person sunpad forward of the helm and two benches with backrests in the bow.

Viking has always excelled when laying out mechanical systems, and the V-46 is no different. The company placed the 8-kW diesel generator, batteries, charger, water heater and more in a designated machinery room.

“In the outboard world and center consoles, there’s a lot of difficulty with water, and keeping water off your electronics and mechanicals is imperative,” said Lonni Rutt, vice president of design and engineering. “On the 46, we’ve developed a mechanical space, an actual mechanical room similar to an engine room for dedicated use of batteries, generators and other components you need to access and service on a regular basis. It’ll actually be a walk-in, stand-up mechanical space.”

The resin-infused stringer grid was designed to include a Seakeeper 6 gyrostabilizer, and the hull incorporates Zipwake interceptors. The dash can handle three displays up to 22 inches each. A glovebox on each side of the helm keeps items out of the elements, and there are four cup holders within easy reach.

The boat will be available with quadruple Mercury 450Rs or Yamaha 425s, and she holds 700 gallons of fuel. You’ll have more than enough range to hit the canyons and plenty of space to overnight comfortably on this spacious center console. 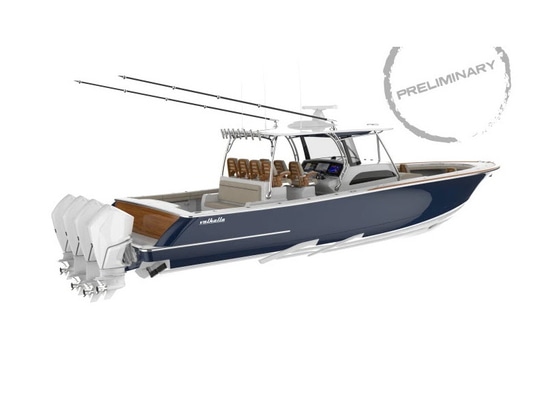 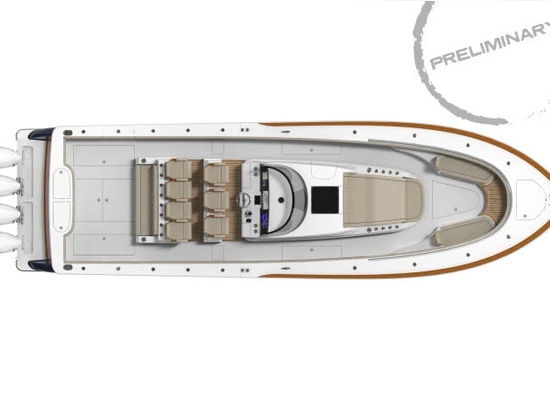 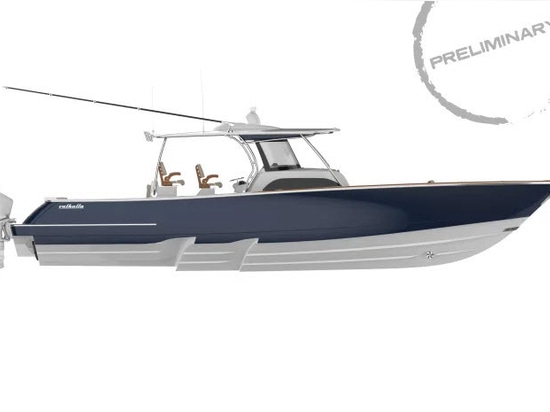 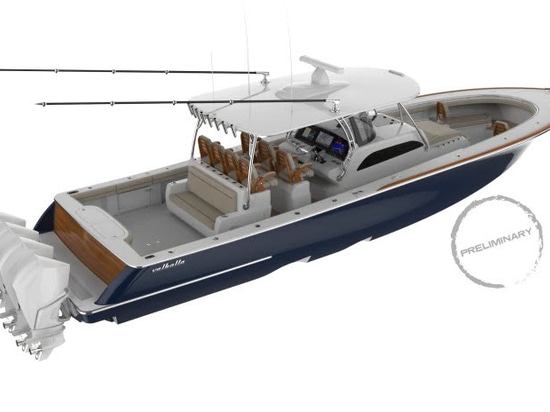 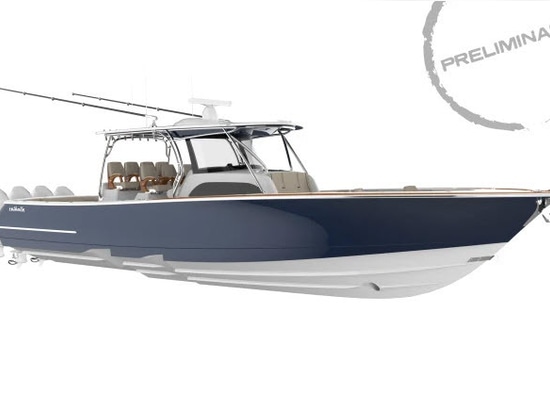