Sweden-based diesel outboard company Oxe Marine will tap BMW to provide engine blocks for its 200-hp powerplant and have agreed to co-brand its largest offering with the car builder.

As its current offering for the 200-hp engine — GM’s 2-liter, turbo diesel — reaches end-of-life status, Oxe and BMW have entered into a preliminary development agreement for a similar-sized engine from the German car giant.

Oxe will continue to produce the GM-based, 200-hp engine through next year while concurrently working and testing the marinized BMW powerhead, assuring it produces advertised horsepower, torque and meets emission standards.

The builder already utilizes a BMW engine for its OXE300 Bison — in this case, a 3-liter, six-cylinder bi-turbo diesel. It will further cement the collaboration by co-branding the 300-hp engine with the automaker.

According to a press release, the goal is to “develop the overall sales and marketing initiatives with the focus on the premium quality aspects of the product [and]…delivering products of unprecedented power, reliability and endurance."

BMW’s famous spinning prop logo and the phrase: “In cooperation with BMW,” will be prominently displayed on the side and rear of the 300-hp cowling and be part of future marketing materials as well.

“I am really pleased of our collaboration with the BMW Group with respect to the OXE300 Bison project,” said OXE Marine AB CEO Myron Mahendra. “They have set the example of an ideal collaboration partner, providing all the necessary resources and support in making not only the development of the product a success but also assisting with production standards and promoting the product from a sales and marketing standpoint.”

The builder has been making moves to increase production for the white-hot outboard market. In late May, the company inked a deal with Outdoor Network Manufacturing for stateside production of its 125- to 200-hp outboards to start in January of 2021, with the 300-hp Bison to be added at a later date.

Unlike gas outboards, Oxe diesels utilize a belt-drive system reportedly more durable than bevel gears and allow for the diesel’s increased torque to be transferred more efficiently to the prop. 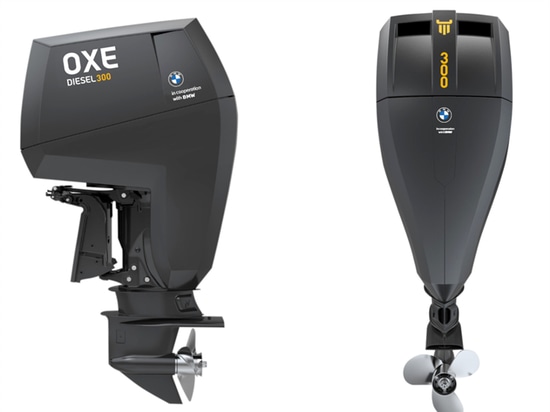 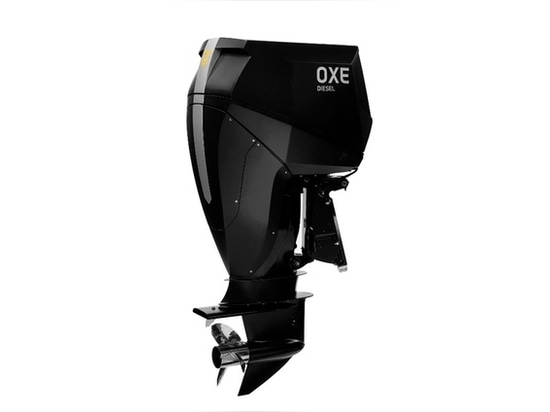 BMW will likely provide power for the next-gen of Oxe’s 200-hp outboard. 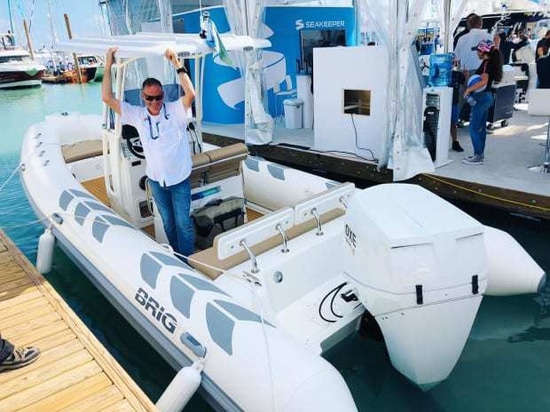 The Oxe Kreta is aimed at the superyacht tender sect and comes in 150- and 200-hp ratings.