ATX Surf Boats launched the 20 Type-S today, adding its third model for the brand that launched August 2019 by the same team that founded Tigé Boats.

“After the huge success of ATX Surf Boats in our first year, we’re ready and excited for the 20 Type-S to contribute to our fast, continued growth,” said Tigé Boats owner and CEO Charlie Pigeon in a statement. “We would put the 20 Type-S up against any of the bigger boats in the market, the performance of this boat is just incredible.”

The boat has an 8-foot, 6-inch beam and the deepest freeboard in the 20-foot segment, according to the company.

It also comes with a shock tower, the ATXperience control system — a 7-inch touch screen and switch system — and a 308-hp, 6.2L closed cooled engine by Indmar. 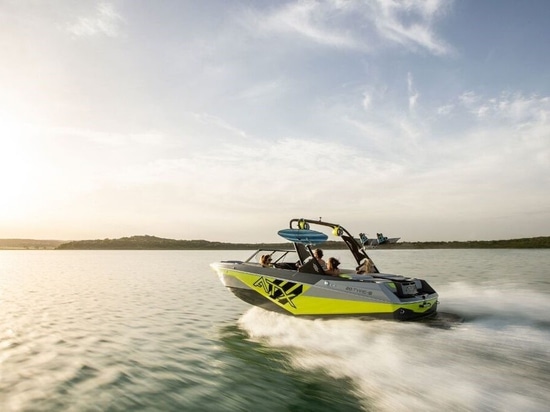