The ninth edition of the Vendée Globe round-the-world solo yacht race will take place on 8 November, confirms the SAEM Vendée board of directors.

The decision was fittingly taken on 8 June – World Ocean Day – five months before the start.

“We promised to clarify the situation for the Vendée Globe fleet, partners and other bodies before 15 June and that has now been done,” said Yves Auvinet, president of the SAEM Vendée. “We are proud to have been able to maintain this sporting event and the start of the ninth edition on 8 November.

“The race will take place and it looks highly likely that it will be one of the most breathtaking in the history of solo round-the-world racing. Our teams are working flat out to be able to give the best welcome possible to the general public,” he added.

The start of the ninth Vendée Globe will take place off Sables d'Olonne, France. Since the closing of the registration nominations on 1 November, 35 candidates have set themselves up to be on the starting line and 18 skippers are officially registered.

The SAEM Vendée has also taken the decision to set up a Start Village, which will open on 17 October, becoming the official Race Village on 8 November then the Finish Village to welcome the skippers home. The arrangements for the general public will be adapted to COVID-19 public health requirements and will require approval by the relevant authorities. 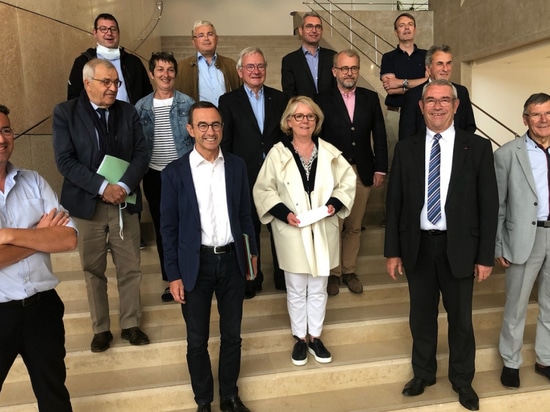