Panam was sold in September 2018 to a European owner and features "sleek and aggressive" lines with a vertical bow penned by Francesco Paszkowski. Large angular windows add to her modern exterior styling and allow plenty of natural light into the interior which was designed in collaboration with Margherita Casprini.

Key features of the 340GT interior include a large main deck saloon divided from the dining area with a “green wall” with warm woods, light shades of grey and onyx embellishments throughout. Accommodation is for a total of 10 guests, including a full-beam master suite which sits on the main deck and is equipped with a walk-in wardrobe and bathroom with a Hammam. Two folding electric windows allow far-reaching views to both port and starboard.

Other highlights include a beach club which opens on three sides and a semi-float-in tender garage. Meanwhile, power comes from three MTU 16V 2000hp engines and three KaMeWa waterjet engines for a top speed in excess of 30 knots. Carbon fibre features heavily throughout to reduce the overall weight and boost performance.

Despite the global COVID-19 crisis, the launch marks the end of a busy period for the Italian shipyard who has recently celebrated the launches of the 50 metre Hull 10232, Hull 10231 and the first DOM 123 Run Away. 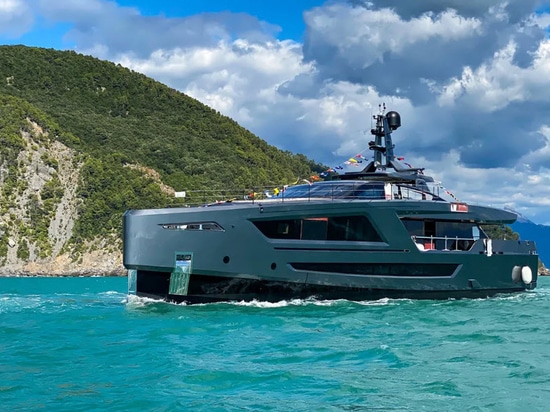 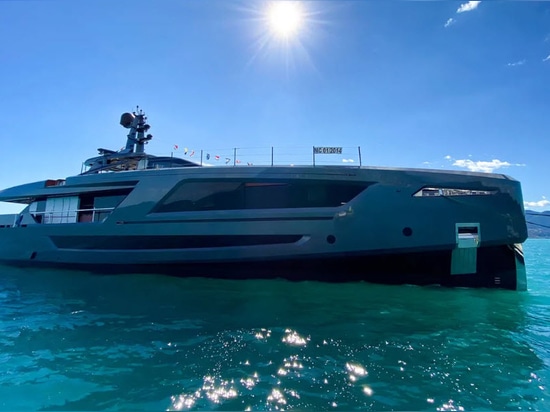 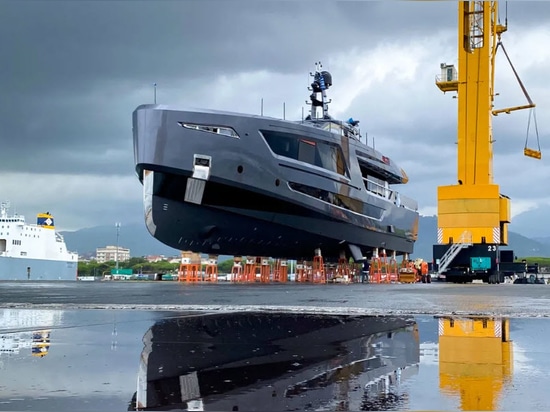