UAE yard Gulf Craft has revealed further details of its first hull in its 37-metre tri-deck Majesty 120 series, which was launched at the yard on February 18, 2020 and has already begun sea trials.

The yard has described the new superyacht, which is completely electrically powered, as "representing a major milestone for the Emirates based yacht builder".

The interior design of the superyacht, by Italian studio Cristiano Gatto Design Team, has now been revealed in full. Below deck, 10 guests can be accommodated in five spacious staterooms, outfitted in a contemporary style and designed in a unique asymmetric layout. A lower deck lounge, dining area and generous main saloon provide a variety of areas for entertaining.

Other key features include the sundeck, which is equipped with a hot tub, as well as a hybrid beach club which can be converted into tender storage. Crew quarters allow for a staff of seven.

Interior designer Gatto has explained that the brief "called for a minimalistic boat to meet international tastes" and described the yacht as having "a dynamic profile, balanced outdoor spaces and sophisticated interiors that are all designed with true yachtsmen and women in mind.”

Gatto, who had reportedly been quarantining in the UAE in order to continue work on the project, has previously colloborated with Gulf Craft on the Majesty 140, which won Best Interior Design at the 2019 World Yachts Trophies at the Cannes Yachting Festival.

Constructed in GRP and carbon fibre, Gulf Craft chief operations officer Paul Gray has described the Majesty 120 as "a masterpiece and a perfect example of what the future of yacht building looks like" and stated that the start of her sea trials marked "another successful addition to the yacht's production milestones."

First presented by executive chairman Mohammed H. Alshaali at the 2019 Monaco Yacht Show, the superyacht is the first from Gulf Craft to feature 100% electrically operated services on board. All engines and generators are, according to Chairman Alshaali, electrically powered, “from the fin stabilisers to the thrusters and steering.”

Alshaali added: “Listening to market demands for more efficiency as well as more comfort onboard, the Majesty 120 not only meets these demands but represents a new era of Majesty Yachts around the world. Building on the quality and innovative design of the other models, the new model represents the best of the shipyard’s flagship brand.”

The Majesty 120 is powered by twin MTU 16V2000, 2,600 hp engines but offers a noise-free environment on board as a result of reducing the use of hydraulic systems.

She has an 8.1 metre beam and two metre draft while the exterior, by Gulf Craft’s in-house design studio, is characterised by aggressive lines, extensive use of glass and low bulwarks. She boasts 30% more outdoor entertainment areas compared to her predecessor and has been described as “Ideally suited” to European and American markets.

Customers will be able to purchase The Majesty 120 with an option of two different layouts; one with five cabins and one with six. Speaking at the Monaco Yacht Show, Gatto described the interiors as “fresh and light”, with key materials including “lacquer, light woods and marble.”

The yard said it had adjusted the yacht's expected delivery date to late April as a result of disruption caused by the coronavirus outbreak. 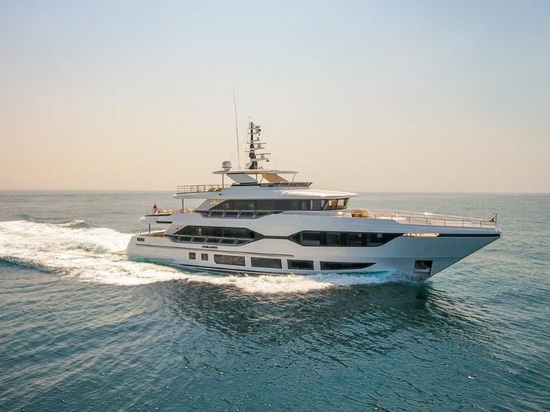 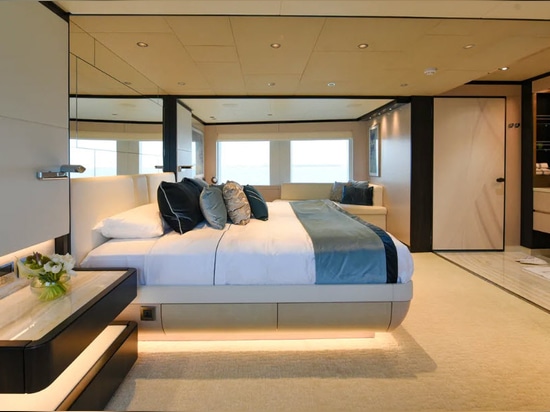 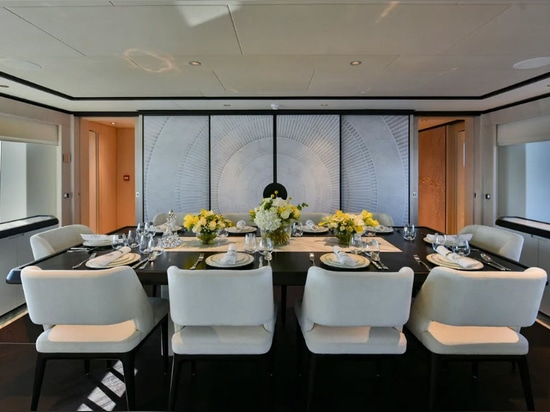 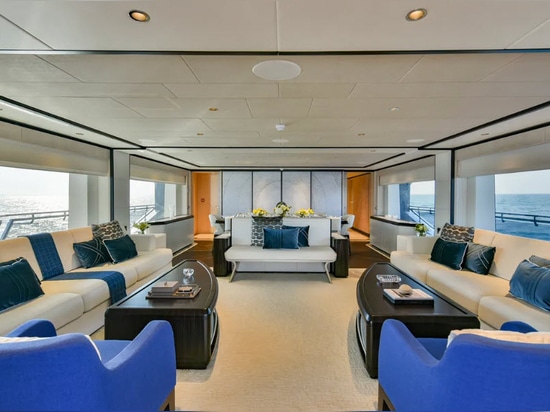 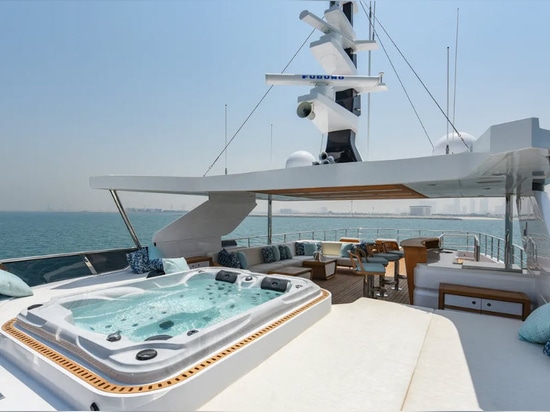 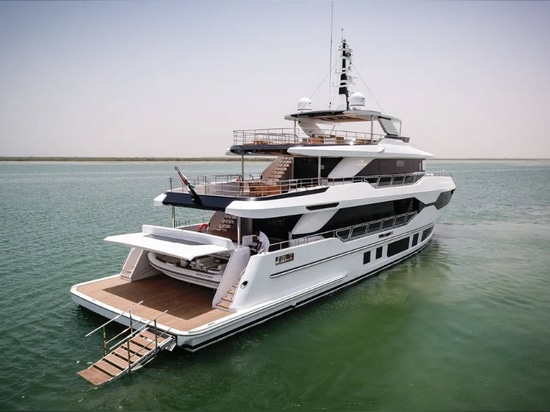