Italian builder ISA Yachts has announced it is to begin construction on the hull and superstructure of its first 80 metre ISA Continental 80 superyacht on-spec.

Designed by Enrico Gobbi’s Team For Design, the steel and aluminium ISA Continental 80 will be ready for delivery in summer 2023.

The decision to start construction on spec has been described as “part of a new strategic plan of investment” by the company as it recognises the importance of cutting down delivery waiting times for customers.

The yacht, which will be the brand’s flagship upon completion, will be the largest on spec yacht under construction and listed for sale in Italy, the yard said.

Part of the yard’s Continental range, which also features a 65 metre model, the Continental 80 is characterised by “squared and rigorous windows” providing panoramic views from interior.

Key features include a gym in the skylounge, infinity pool at the stern and touch-and-go helipad at the bow with direct access to the owner’s quarters.

The upper deck meanwhile is described as a “proper owner’s deck” with lounge and living areas astern and master suite forward.

The interiors, which will be penned by Luca Dini Design & Architecture, will feature seven cabins for 12 guests with 19 crew members in 10 cabins. Power will come from twin MTU 16V4000M63L engines for a top speed of 17 knots, cruising speed of 12 knots and range of 6200 nautical miles. 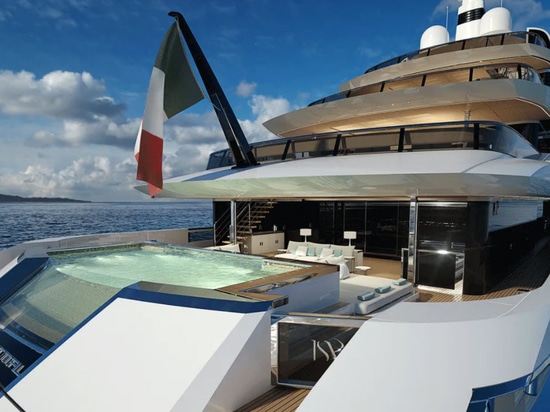 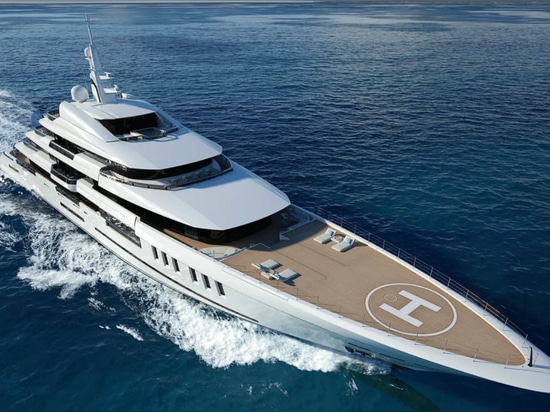 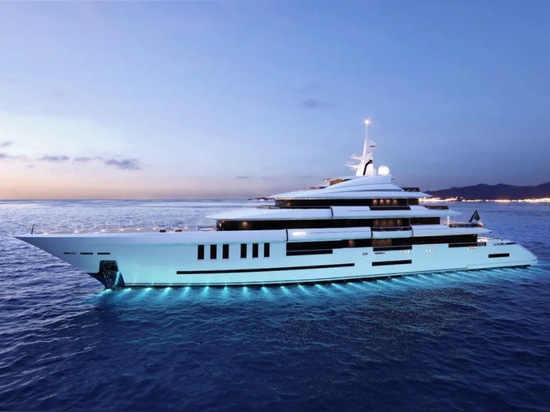 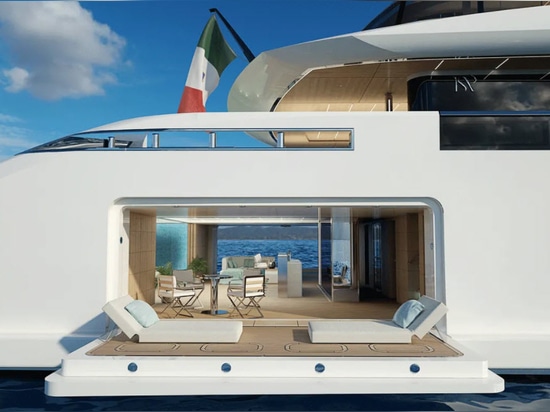