Italian shipyard Permare has announced the launch of its latest superyacht: the 29.6-metre Amer F100 yacht, as the first launch to take place after lockdown.

As the sixth hull of the series (previously known as the Amer Cento series), the all-GRP motor yacht sports exterior design and naval architecture by the Italian studio Verme Projects and interiors by French studio Wilmotte & Associés.

The latest Amer F100 motor yacht, which hit the water on Saturday 25th July, features an eye-catching Capri-coloured hull and achieved a maximum speed of 31.9 knots during initial tests, thanks to her four Volvo Penta IPS 1200 Diesel 1200 engines.

On board, the sixth Amer F100 yacht provides accommodation for up to 10 guests across five staterooms, as well as a crew of five across two cabins.

The vessel will make her debut at the upcoming Cannes and Genoa boat shows and will be available on the charter market under the French flag. In addition, the seventh hull of the series is currently in build at Permare. 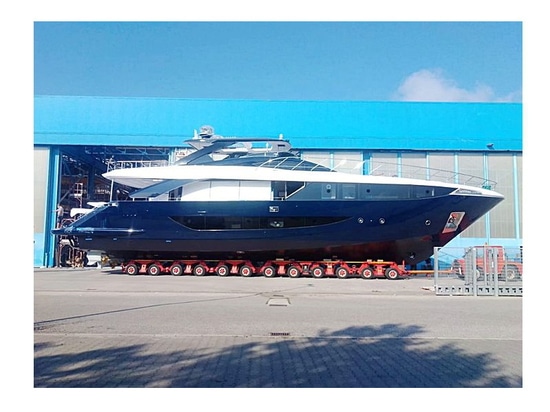 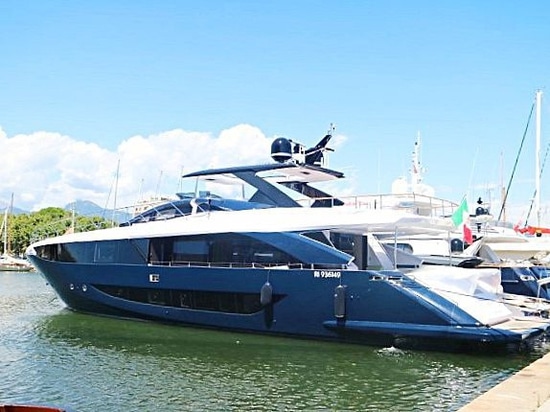