The first Cantiere delle Marche’s Flexplorer yacht has been launched and named Aurelia.

The 39.4 metre explorer yacht is built to a steel and aluminium design by Hydro Tec and features an almost vertical bow and spacious deck.

Yard co-founder and sales and marketing Director Vasco Buonpensiere described the yacht as a "game changer".

“Being the first interpreters of a new trend and being those who lead the pack, launching this kind of yacht years before our competitors… well, it is just priceless and a perfect reward for all the efforts we did to create the Flexplorer range of vessels."

A key feature of the Flexplorer range is the collapsible aft deck bulwarks, which fold out on the port and starboard sides to create an “infinity deck”.

The aft deck is also equipped with an A Frame crane, which enables the easy deployment of a tender weighing up to 2,500kg and measuring 8.5 metres from the aft deck. When not in use, the tender covered crane is stored flush to the deck.

The Flexplorer has an 8.5 metre beam and can accommodate a total of 12 guests in five cabins, with two Pullman berths. The three crew cabins allow for a staff of five. The interior has been penned by Francesco Paszkowski Design.

Aurelia also features a gym and skylights installed into the deck, providing plenty of natural light inside. Another standout feature on board is a wine cellar that spans the main and upper decks inside the stairwell. 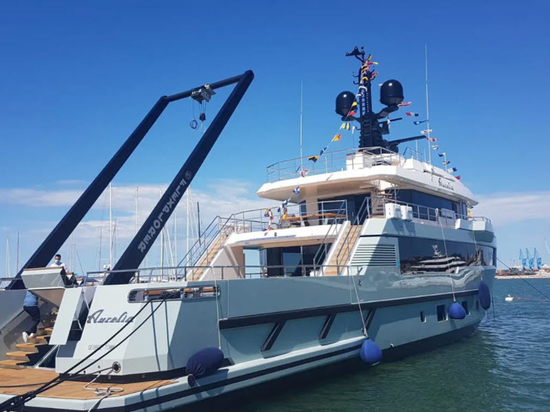 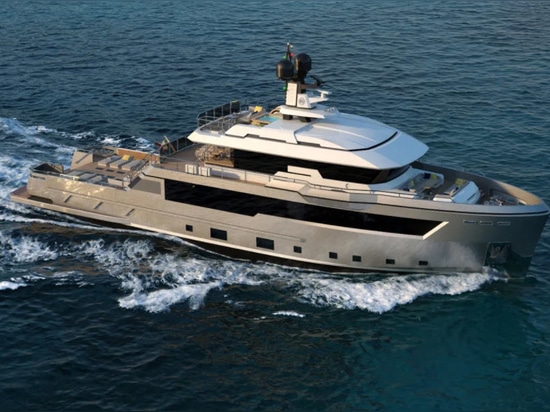