The third hull in Southern Wind’s SW96 series named Ammonite has been launched in Cape Town.

The 31.41 metre superyacht hit the water on Sunday, August 31 and is the second Southern Wind sailing yacht built for passionate yachtsman Marcus Blackmore.

Described by the yard as “the perfect blend” of the first two hulls in the series, Sorceress and Seatius, Ammonite is due for delivery in late September. It will then head to Australia and then onto New Zealand to compete in the Millennium Cup.

The yacht features exterior lines designed by Farr Yacht Design and a deck and interior design penned by Nauta Design.

The corridor between the cockpit and guest area has also been designed to feature “minimal level changes”, resulting in “easy and safe circulation when cruising.”

Unlike Seatius and Sorceress, Ammonite features a tender garage big enough to store a 3.95 metre tender while the coach, forward and aft cockpits is clad in teak.

Ammonite also features a raised saloon configuration, which places the engine room beneath the saloon and opens up the spacious TV area aft of the saloon.

Accommodation is for a total of six guests in three cabins’ a large owner’s suite forward and a double and twin guest cabin. The aft crew area meanwhile includes a double bunk and pullman bunk crew cabin. The area also includes a crew mess, navigation station and spacious galley.

Speaking about the launch, SWS commercial director Andrea Micheli said: “When we started building the SW82 Ammonite, Marcus Blackmore’s first SWS yacht, he trusted us to have the technical knowledge, design features and craftsmanship skills to build his ideal yacht.

"During the build process we also discovered that there was true friendship underlying our relationship. We have added this secret ingredient in the construction of his second yacht with us.” 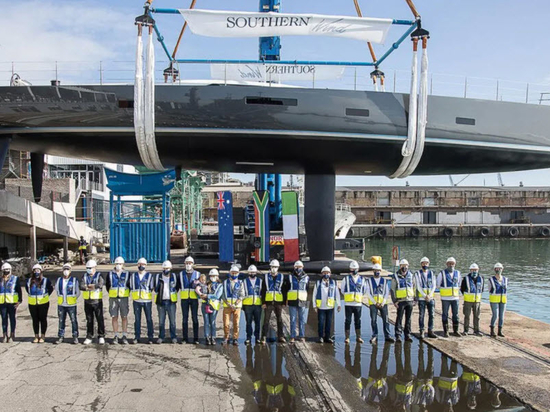 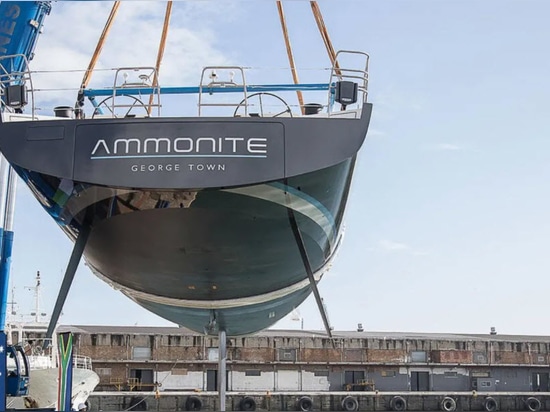 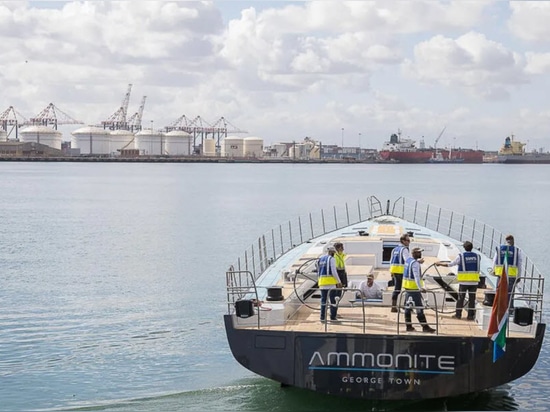