Designed to fill a gap in the mid-sized sailing yacht market, the sloop rigged yacht features a hull developed on the same design used for the 32.5 metre Ribelle and 34 metre Liara.

The interior arrangement has been reconfigured from a traditional layout of a yacht this size to include a fourth guest cabin. The crew accommodation meanwhile is for a staff of six.

The cockpit leads into the spacious saloon via a large companionway and sliding glass doors. Forward of the saloon is a second TV snug and study area.

The exterior design features a fold down terrace aft that creates a large swim platform with direct access to the toys and equipment stored in the lazarette. The six-metre tender well meanwhile converts into a sunken dining cockpit.

Dual helm positions sit either side of the superstructure with clear sight lines forward to the bow.

Elsewhere, the fixed bimini is equipped with rising and lowering side screens, providing all weather protection to the main cockpit. The bimini top itself also has a retractable sunroof panel.

Equipped with a high aspect ratio telescoping keel, the MM38 has a draft ranging from four to six metres.

Speaking about the design McKeon said: “A new build yacht of this size and pedigree has not been seen for many years and Ocean Independence has identified a clear gap in the market for a vessel of this kind, particularly with regard to charter.” 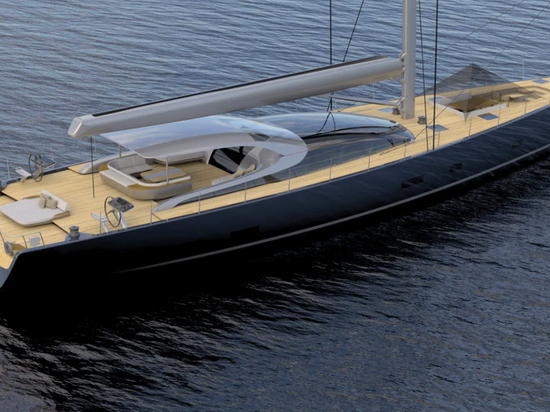 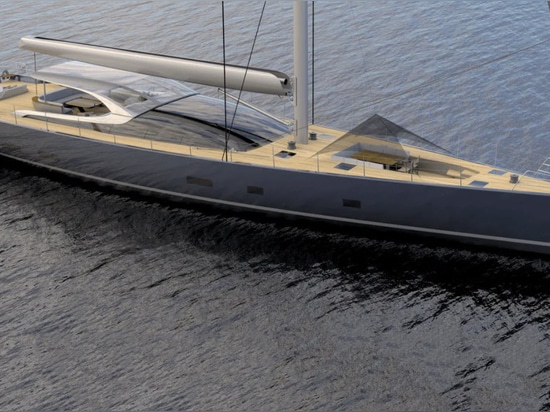