Golden Horizon, a near replica of the 1913-built ocean vessel France II, will be offering UK departures from May to August 2021

Golden Horizon, the world’s largest square-rigged sailing ship, will be available for charter from the UK next year.

Operated by Tradewind Voyages, the ship can carry up to 272 passengers, and is a near replica of the 1913-built ocean vessel France II.

In total, nine voyages will be offered from the UK with seven departures from Harwich and two from Glasgow.

Northern European itineraries will feature Denmark, Iceland, the Norwegian Fjords and the Baltics.

Uniquely, all voyages are planned on the basis of the prevailing winds and currents around the world, often following the traditional trading routes.

From September 2021, Golden Horizon will be sailing the historic Maritime Silk Route to Jakarta via the Suez Canal and then onto Bali.

Itineraries in late 2021 and into 2022 will feature Australia, the Indian Ocean, Japan, Alaska, the Americas and the Pacific Islands.

‘I’ve been pouring over routing charts as we plan our itineraries at Tradewind Voyages.

‘These charts have been plotting prevailing winds around the world for the past 150 years.

‘The charts are re-issued every 15-20 years, but there are very small changes, so we can be pretty confident they are accurate.

‘They are crucial for us as our philosophy is built on following the wind and the sun, to allow us to sail as much as possible when we head east in August 2021.

‘We want Golden Horizon, the world’s largest square rigged sailing ship, to offer the most sustainable voyages at sea and this is what makes us different from other companies.’

Grenville-Goble said the crew aimed to sail Golden Horizon, without using engines, for an average of 70% of the voyages.

‘It’s a huge task to get the right balance of wind, current and climate, so that passengers have a wonderful holiday,’ he added.

Tradewind Voyages’ programme will go on sale in September 2020.

The firm is also planning to add further newly designed sailing ships to its fleet over the coming years. 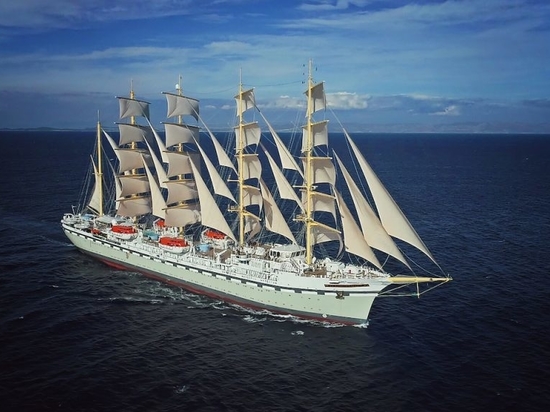 Golden Horizon has 140 cabins and can accommodate 272 guests. 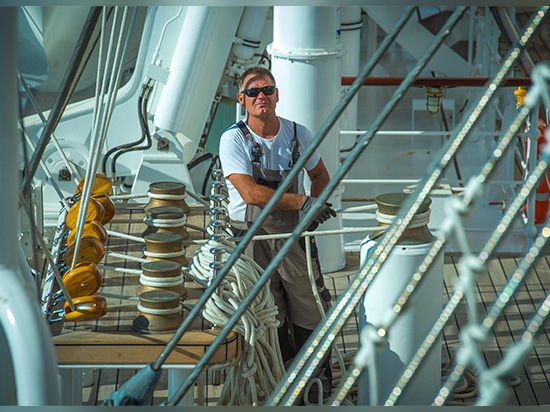 A crew of 159 sail the Golden Horizon. 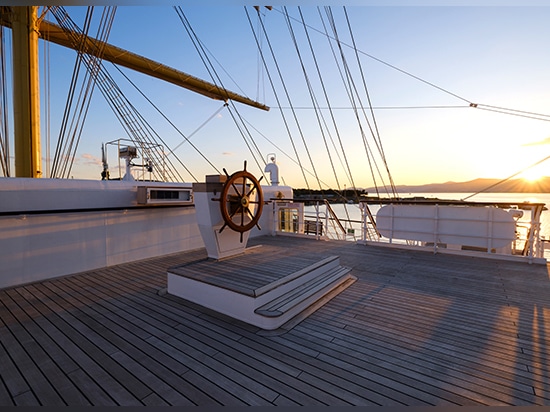 Golden Horizon is lower than modern vessels, with just six metres from the water line to the deck. 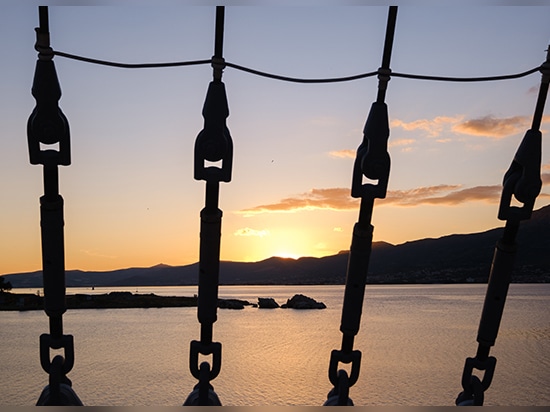 Nine voyages will be departing from the UK.