Now with more than double the power of the existing Fantom 124/126, the new Fantom 254/256 solid-state radars yield the best combined short- and long-range target detection performance for serious boaters and anglers. New features, including scan-to-scan averaging and improved MARPA with Automatic Acquisition, provide improved target precision and more visibility of what lies ahead to further a user’s situational awareness on the water.

“We know that the demands of offshore navigation require the most reliable and feature-rich marine radars, which is why we are excited to offer customers our highest-powered solid-state radar series on the market,” said Dan Bartel, vice president of global consumer sales. “The increased power and pulse compression technology of the new Fantom 254/256 radars gives best-in-class target detection range and image resolution, making them the ideal radar solution for anyone desiring to equip their vessel with the highest end marine tech. New features, like scan-to-scan averaging and MARPA Automatic Acquisition, optimize ease-of-use to better explore everything from shorelines to open ocean.”

The new Fantom 254/256 is the first from Garmin to include scan-to-scan averaging, a feature which reduces the sea clutter and interferences in the display view for a clear, visual scope of water ahead. Together with Dynamic Auto Gain, Multi-level target size, and Dynamic Sea Filter features, scan-to-scan averaging will strengthen long-range performance and stationary target detection by eliminating the clutter that might interfere with positioning and target detection consistency.

Engineered on the inside for life on the outside, Garmin products have revolutionized life for anglers, sailors, mariners and boat enthusiasts everywhere. Committed to developing the most sophisticated marine electronics the industry has ever known, Garmin believes every day is an opportunity to innovate and a chance to beat yesterday. For the fifth consecutive year, Garmin was recently named the Manufacturer of the Year by the National Marine Electronics Association (NMEA). Other Garmin marine brands include Fusion and Navionics. For more information, visit Garmin’s virtual pressroom at garmin.com/newsroom, contact the Media Relations department at 913-397-8200, or follow us at facebook.com/garmin, twitter.com/garminnews, instagram.com/garmin or youtube.com/garmin 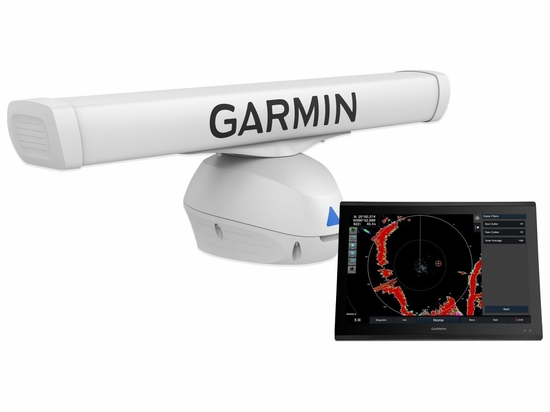