America’s Cup: Garmin jumps on board with INEOS TEAM UK

INEOS TEAM UK aims to make history next year by being the first British team to bring the Cup back to British soil in its 170-year history. The team will be using a range of Garmin technology, including its new fēnix 6 Pro Solar smartwatches and Edge 1030 Plus GPS bike computers to enhance their athletes’ performance on and off the water.

“We’ve spent years honing and testing our boat so it performs during the Cup, which would all be for nothing if the sailors onboard can’t perform to their optimum”, says Giles Scott, Olympic gold medallist and INEOS TEAM UK crew member. “

The Cup’s legacy is that ‘there is no second’, so there’s no margin for error in our performance. Garmin’s technology gives us confidence that our physical preparation will mean we’re the best we can be when we race.”

INEOS TEAM UK are the first British squad this century to challenge for the America’s Cup with a previous campaign under their belt. The team are hopeful that this experience, combined with the performance insights Garmin’s products deliver, will help them win the Cup.

“We’re excited to play such an important role in a pivotal moment for INEOS TEAM UK”, said Jon Oliver, Managing Director of Garmin UK and Ireland.

“The team will be working with a full ecosystem of Garmin products, from our new fēnix 6 Pro Solar smartwatches and HRM-tri straps to our Edge 1030 Plus GPS bike computers and Index Smart Scales. Whether they’re training on land, in the gym or out on the water, our technology will give them the data they need to know that they’re fit and ready to compete to win the America’s Cup.”

Britain’s’ America’s Cup team, led by Sir Ben Ainslie, was formed in 2014. The team joined forces with INEOS in 2018, meaning the 19 strong crew have been through several years of training to support this America’s Cup challenge. To continue this, the team will use the data monitored by Garmin’s products to track all areas of performance and wellbeing, predominantly: sleep, stress and HRV, training load and training performance.

“When most people think of athlete performance, they think about race day, but all races are won through dedication before the event, which is especially so in high performance yacht racing,” said Ben Williams, Head of Human Performance, INEOS TEAM UK.

“The boat must be tested rigorously, and if the crew aren’t fit enough to be out on the water, the race is lost before we begin. Having the data to understand team health means they can be on the water as much as needed, and we can stop any issues in advance. For example, if an athlete isn’t sleeping well, we can intervene before they start underperforming.

“Performance is also key; much like how we hone and test the boat, we’re always honing and testing our athlete training strategy. This America’s Cup we’re leaning on a wealth of previous experience, so having constant data tracking will mean we’re able to see this evidence in action and adapt as we go. Human performance is just one piece of the puzzle, but it’s important that every part fits in exactly the right way. With Garmin’s support, we hope to give our absolute all in human performance as we battle to win the America’s Cup.”

For decades, Garmin continues to support athletes and teams who embody the same determination and passion for sport through providing innovative technology, encouraging healthy lifestyles and high performance in sport. 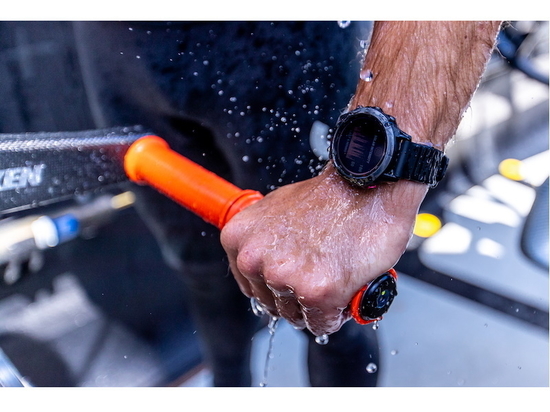 The fēnix 6 Pro Solar smartwatch in action on board Britannia 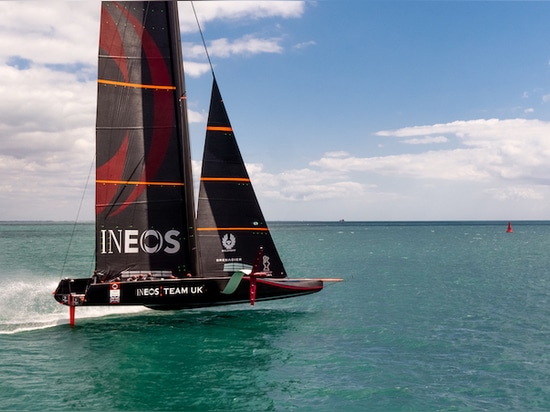