As recently revealed by German shipyard Lürssen, the 55.5-metre project 13800 is on track for her early-summer delivery next year. Now in the outfitting phase, the new superyacht grew from 53 to 55.5 metres during the design development phase.

For the fully-custom design, Bannenberg & Rowell Design were inspired by the 1973 classic Lürssen yacht The One. Inside, she is said to feature an "interesting" interior design that uses a "fearless use of colours and textures and museum-quality furniture pieces."

Project 13800 is Lürssen's first move back into the 50 to 60-metre range since 1995 which, according to the yard's CEO Peter Lürssen, is "exciting to build a boat of this size. It is like going back in time."

The new four-deck superyacht briefly showed herself as she was moved out of her building shed at the end of April to head into the water for testing. Now in the outfitting hall, she will remain here until the end of the construction period in 2021.

As Lürssen explains in the yard's new interactive talk show which aired for the first time this week: "This size boat has the same principles and systems of a 100-metre boat. But on a boat of this size, the question is how to squeeze all the systems in, and that has been quite a challenge."

"A smaller yacht isn't an easier task. There are certain complexities in applying technology to a smaller volume – for example, the air conditioning system requires a new and compact design solution to fit a 55-metre yacht," concludes Lorenza Allegrini, Lürssen project engineer. 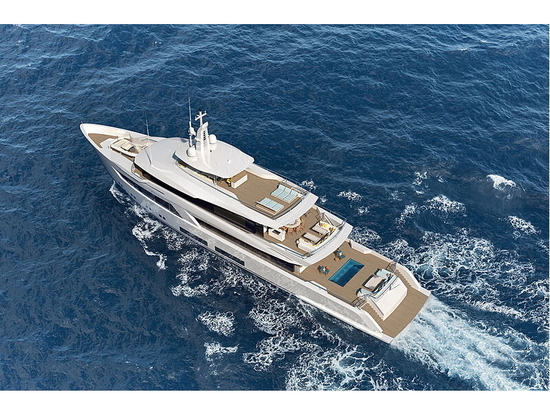 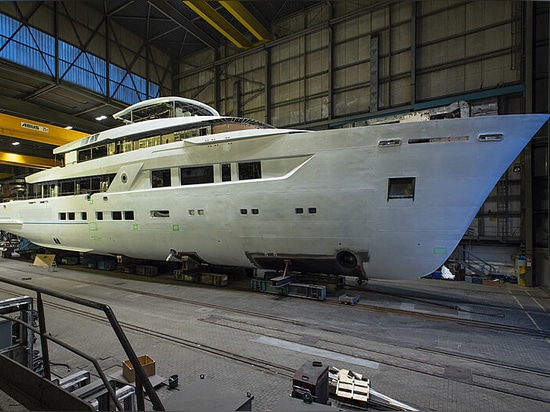 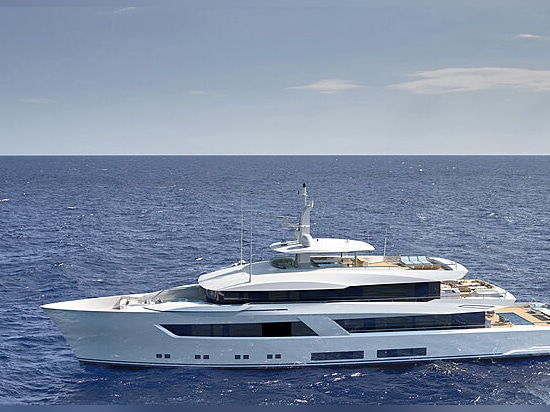