Delegates to IMO’s Legal Committee observed a minute’s silence today (28 April 2014) to demonstrate their compassion for the victims of the tragic accident involving the ferry Sewol on 16 April 2014.

During his opening address to the Legal Committee (the first IMO Committee to meet since the Sewol tragedy) IMO Secretary-General Koji Sekimizu expressed his hope that IMO would be informed of the outcome of the casualty investigation to find the causes of the Sewol incident, and, in particular, any findings to suggest the need for improvements in safety standards and recommendations already established by IMO, if the casualty investigation were to reveal the need for such action at the international level.

Referring to the fact that there had been a number of accidents involving domestic ferries in developing countries in recent years and, under the Technical Cooperation Programme, IMO has a specific project on domestic ferry safety, Mr. Sekimizu further stated, “I have the opinion that the time has now come for IMO to step forward to take action to improve the safety of passenger ships carrying hundreds of the general public, regardless of the nature of their voyage, whether domestic or international. Only IMO can take such action.”

His words came in the wake of the Sewol tragedy, which took place in the Republic of Korea nearly two weeks ago, with considerable loss of life. In the immediate aftermath of the accident, Mr. Sekimizu wrote to the Ambassador of the Republic of Korea to convey the profound sympathy and compassion of the Organization to the families, friends and colleagues of victims. Now he has called for the membership to unite behind a new policy direction to help prevent a recurrence of such incidents in the future. 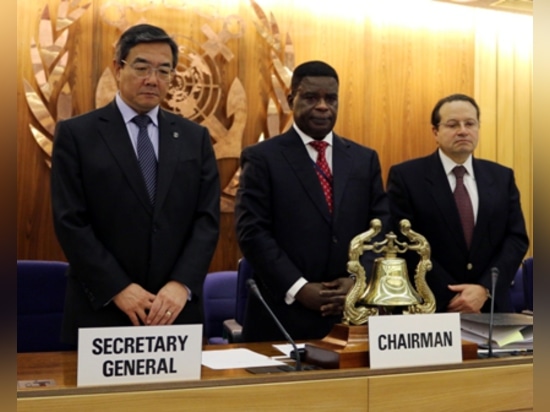