Ronstan has been rolling out new products over the year, adding to its range of lashing and high load blocks with high load to weight.

The SA blocks incorporate a full contact, self-lubricating composite journal bearing running on a stainless steel hub to reduce friction under load. Thrust washers are positioned between the sheave and cheek plates to handle high side loads, and testing has shown this to be more effective than ball bearings.

With a Dyneema SK99 cord shackle and titanium dog bone, the blocks are suitable for applications such as 2:1 main halyards, headsail and spinnaker sheets, mast base halyard deflection and running backstays.

With a maximum line of 8mm, the block has a maximum working load of 550kg and a breaking load of 1650kg. The hub can also double as a becket take off point.

Also proving to be popular with Ronstan customers is the new small swivel cleat arm, the RF50, used primarily for self-tacking jib control on dinghies such as the 49er but also useful for control lines on some larger yachts. 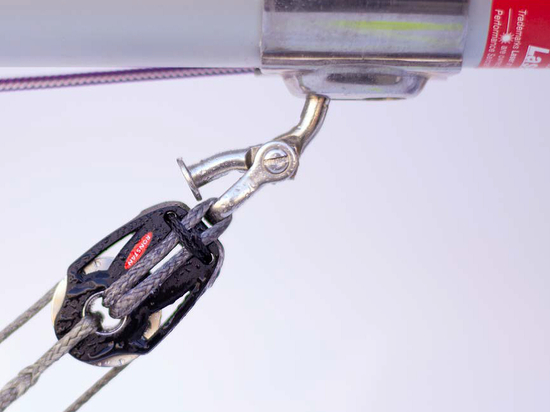 Vang purchase system on a Laser 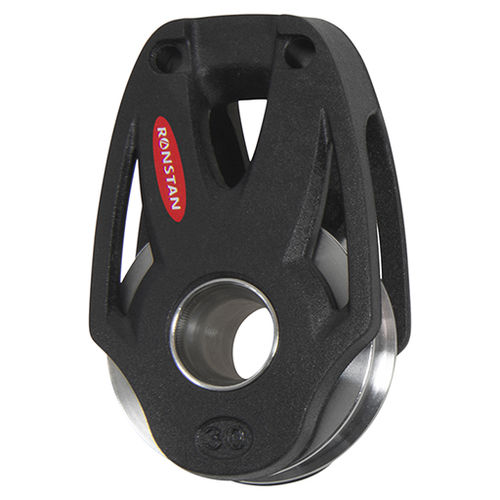