With hints of the Moonen 84 and 97 models, the Moonen 110 is described by the builder as a “gentleman’s yacht”. Spread over three decks, comprising a lower deck, main deck and combined bridge and sun deck, the yacht features “contemporary design” echoing that of the past models.

Accommodation inside the 256GT interior is for a total of 10 guests in a full beam master stateroom, VIP cabin and two twins. The crew quarters meanwhile comprise a captain’s cabin and two twin crew cabins. Owners will have the option to add a Jacuzzi. Elsewhere, the Moonen 110 boasts numerous outdoor living areas, as well as floor to ceiling windows in the indoor dining area. An interior designer is not yet attached to the project.

A shallow draft will allow the Moonen 110 access to remote locations including the Bahamas, Caribbean and Great Barrier Reef.

While the propulsion package has not yet been confirmed, Moonen estimates the yacht to have a top speed of 13 knots and range of 3,300 nautical miles at nine knots. 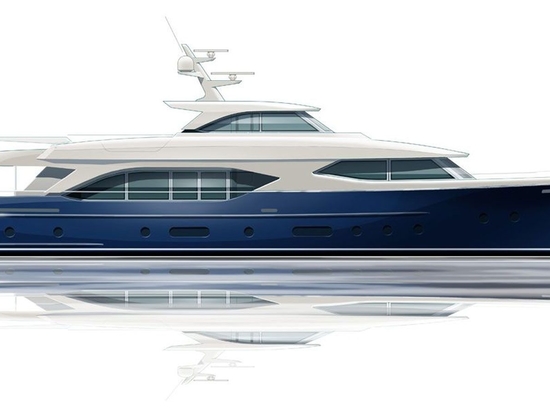