The latest boat show to face postponement due to the ongoing COVID-19 pandemic is Europe’s largest, with Boot Düsseldorf rescheduled to April 17-25

The organisers of the Düsseldorf Boat Show have today announced that Europe’s biggest indoor boat show will be delayed by 12 weeks due to “ongoing high infection numbers across all of Europe”.

The new dates (April 17-25) have been agreed following “close consultation with its partners and exhibitors who endorse this decision”, a statement from Messe Düsseldorf GmbH added.

It is hoped that giving exhibitors and visitors more than a month’s notice of the decision will ease the inconvenience of having to wait three more months for the return of such a pivotal event in the boating calendar.

By postponing rather than cancelling the event the organisers have avoided going the same way as the Cannes and Southampton boat shows, both of which were shelved at the 11th hour when local authority approval was withdrawn, moves that have proven costly to the wider yachting industry.

The 2021 Miami Boat Show, originally scheduled for February 11-15, was cancelled at the end of October, leaving the 2021 Dubai Boat Show (March 9-13) as the next major event in the international boat show calendar.

However, those looking for a boating fix before then can look forward to the Ancasta Virtual Boat Show, which is due to take place online during the original dates of the 2021 Düsseldorf Boat Show (23-31 January).

Potential buyers will be able to compare and contrast different models from Beneteau, Lagoon and McConaghy Yachts.

“The Düsseldorf boat show is such a fantastic show and the postponement, although understandable, is disappointing,” said Will Blair, Ancasta’s Group Marketing Director.

“Many people use Boot Düsseldorf to compare and contract different models, and we didn’t want people to miss out on that opportunity, so we’re holding our own virtual version.

“We’re looking forward to welcoming people onboard in January, to assist them in finding their perfect boat ready for the 2021 season.”

For more information and to book an appointment, visit: ancasta.com/dusseldorf 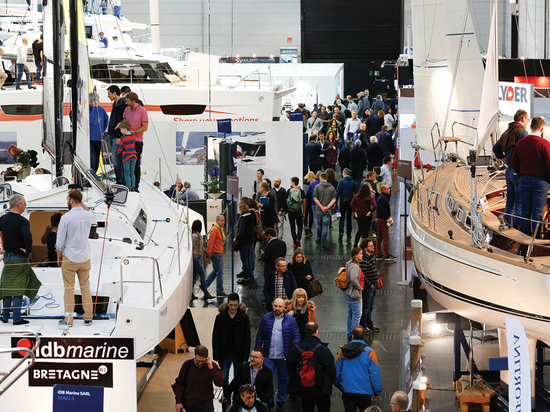