The judges commented that the integration of electric hub motors into the Sealegs system is a good fit, saving space and taking the existing system a step further.

The judges went on to say that paired with a redesign of the overall control and information console, the Sealegs E4 electric amphibious boat is a refined, cohesive and modern utility craft.

Sealegs CEO David McKee Wright said “we are delighted to have worked in collaboration with Blender Design and to receive such a prestigious award. It reinforces the global reception that the Sealegs E4 Electric has received as the market leading product in amphibious styling, function and technology”.

The award is recognition of the results from Sealegs philosophy of its ongoing commitment to continuous innovation and leading the industry that Sealegs created in amphibious production boats. 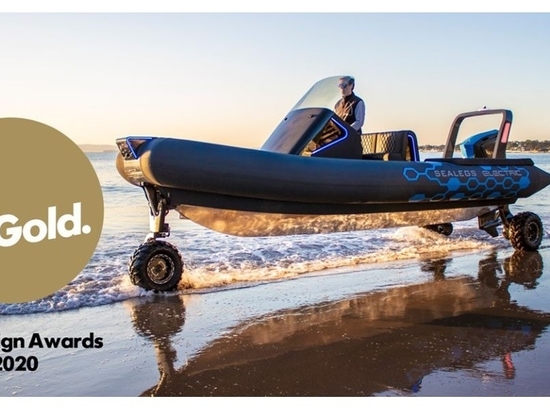