Built by Feadship in 1994, the 56-metre yacht Broadwater has completed a refit project at the Royal Husiman’s Amsterdam yard.

Among many cosmetic changes on board are her new classic blue hull, custom-built composite mast hardtop and all-white paint job.

Most recently purchased in 2018, the owner of Broadwater is a long-time Feadship fan who had already refitted various yachts, including his previous Feadship, also called Broadwater. His ambition was “to give the yacht a new lease of life and bring her up to modern standards, though wanted it done in a way that very carefully retained the original design DNA,” says MCM’s Peter Wilson.

“The 4-metre stern extension, for example, was added to provide a beach club and swim platform that everyone expects on a superyacht today, but was not really considered in 1994. The new hardtop was built in carbon/grp composites to avoid adding too much weight up top and to avoid the need for supporting pillars that would have changed her profile and functionality.”

Measuring 52 metres in length before the refit, a total of four metres were added to the yacht’s stern in the form of a new beach club area and extended swim platform. And even the original interior has had a complete modernisation and revamp. “No area was left untouched,” says Wilson. “Even the sauna, which was on the main deck adjacent to the owner’s suite, has been converted into an A/V rack room.”

The master stateroom was completely refitted, but some of the raised panelling and joinery were retained and painted to give the interior a more contemporary feel to achieve the “dark mahogany Englishman’s club look.”

The owner has plans to charter Broadwater, and that means bringing her up to Lloyd’s Commercial Class, requiring a lot of work from the team.

“We had to install a Hi-Fog system throughout the vessel, new A0 and A60 fireproof bulkheads and boundaries around the machinery spaces and galley, a new smoke detection system and install an emergency generator, she didn’t have one before, to name just a few of the upgrades required,” Wilson explains.

Broadwater features an exterior design by De Voogt and Adam Voorhees and an interior by Adam Voorheers. Previously named Rasselas, the 680 GT yacht can accommodate up to 12 guests serviced by a crew of 13. 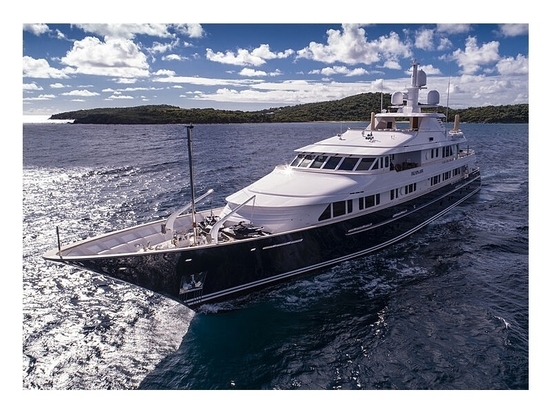 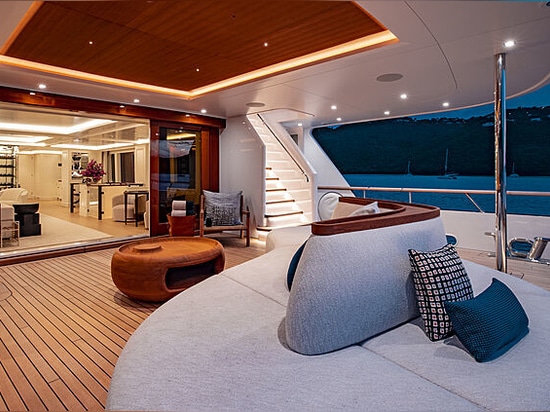 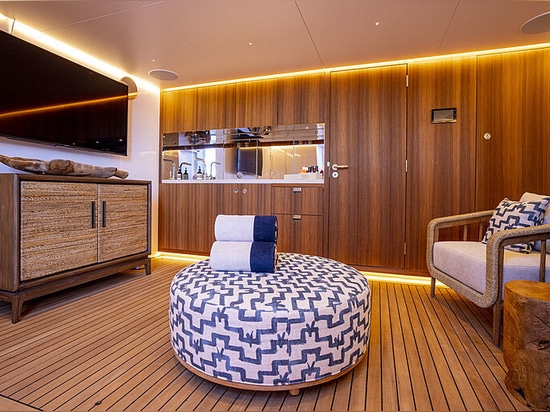 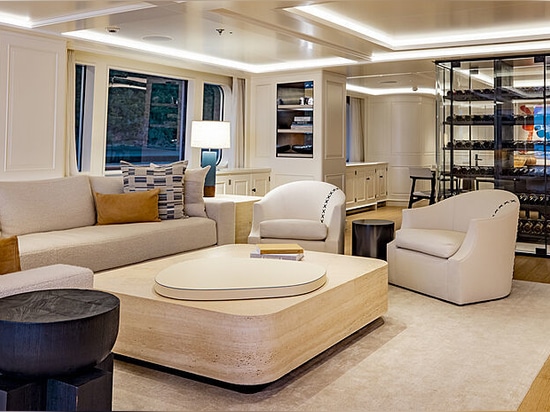 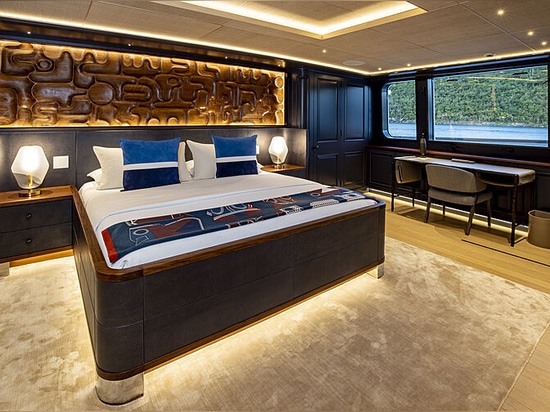 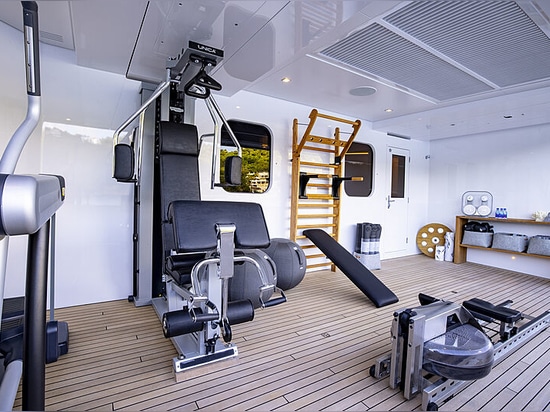