Nearly 18 months after being delivered to her experienced owner, the 95-metre Madsummer has been listed as a yacht for sale with an asking price of €229,000,000.

Now lying in Miami, Florida, the 3,120 GT Lürssen yacht was created by Harrison Eidsgaard and interior designer Laura Sessa for an owner who isn’t afraid to stand out from the crowd.

Sessa's style for yacht Madsummer, for sale, incorporates a chic colour scheme of blues, whites and reds with contemporary textures that is homely and personal – a design influenced by the long-standing relationship between the designer and the owner.

With a royal blue silk carpet and geometric elements, the main saloon features a custom dining table and artwork by Santiago Montoya. Also to the aft of this deck, guests can find the yacht's 12-metre swimming pool and Jacuzzi surrounded by sheltered seating areas.

With all floors from the main deck to the sundeck connected by a stylish lift, guests can reach six of the yacht’s ten cabins on the main deck forward. Four identical doubles are located aft and two twins are forward, each with their own en-suite and custom colour scheme. Three additional guest suites are located on the upper deck with bathrooms decorated in marble complemented by rose gold taps and handles.

In a break away from the owner’s previous yachts and their interior layouts, the master suite is located on the bridge deck with access to a private aft terrace. One port side bathroom is designed for a female with an refrigerator for beauty creams and white quartzite flooring, whereas the starboard masculine bathroom boasts dark Travertine marble and brushed painted teak.

The owner, after having also raced offshore powerboats, decided that the state-of-the-art bridge was to be located by the master suite to allow him to spend time in the bridge alongside his longstanding captain.

“The owner’s brief was demanding, however, we believe our engineering expertise has surpassed his wishes to own a yacht that many years from now will be timeless and yet still ahead of its time. Our thanks go, of course, to good design and communications with the designers of the exterior, Harrison Eidsgaard and Laura Sessa respectively for the interior as well as to Moran Yacht & Ship and the owner's captain who supervised the build on behalf of the owner,” Peter Lürssen explains.

The cinema room overlooking the bow is surrounded by two-by-three-metre windows and is accessible from the foredeck, where guests can find another protected seating area. In the upper deck saloon, a bar, grand piano and a seating area help to create a central guest space nearby the informal exterior dining space, fire pit and Teppanyaki bar.

Able to double-up as a party space, the sundeck is home to a gym, bar, sunpad area, Jacuzzi under the mast with facilities to store a Husky seaplane. The lower deck spa, massage room, Hammam and sun shower has access to the yacht's large foldout balcony on the starboard side for those wanting to jump aboard a tender – either the 11-metre limo tender, 10-metre rib or rescue tender – which can then be stored in one of the two tender garages forward and aft.

The garages also house a Ski Nautique, five PWCs, a range of skis and boards and a large selection of dive equipment. The foredeck is certified for helicopter operations and bunkering, which once onboard, can be stowed on the aft sundeck.

Madsummer boasts a fuel-efficient IMO-compliant system of twin MTU 16V4000M63 engines that help to give her a range of up to 6,000 nautical miles at 12 knots and a top speed of 18 knots. 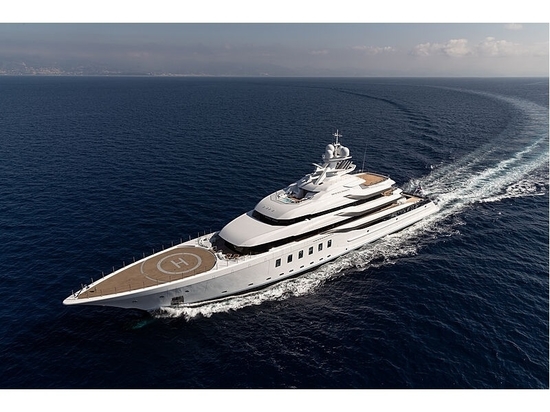 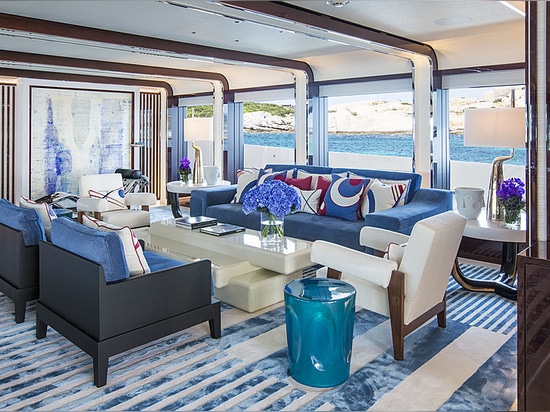 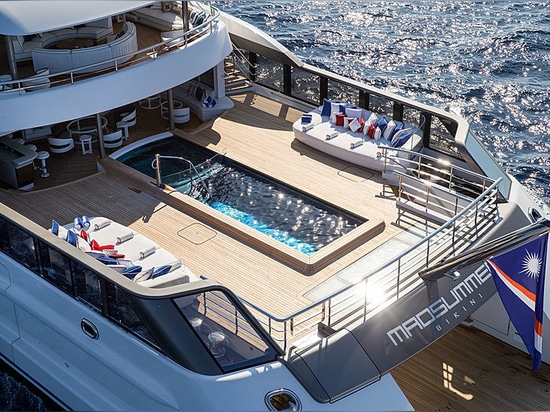 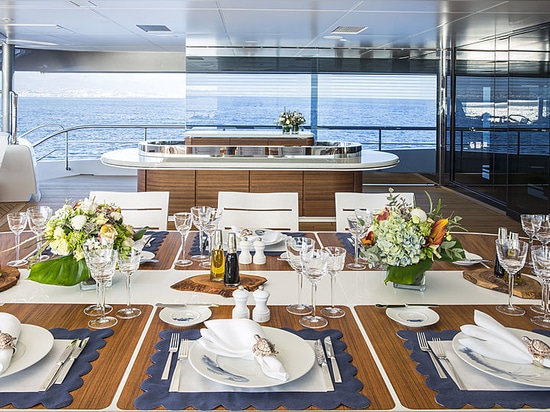 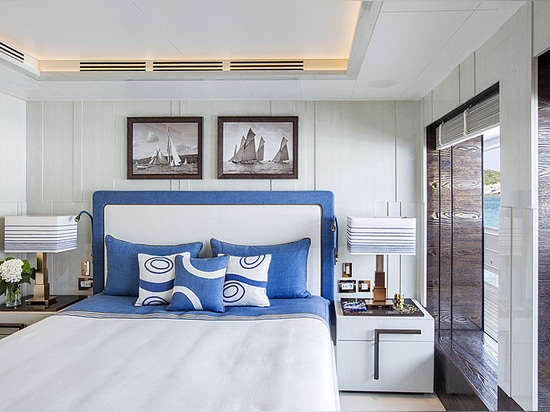 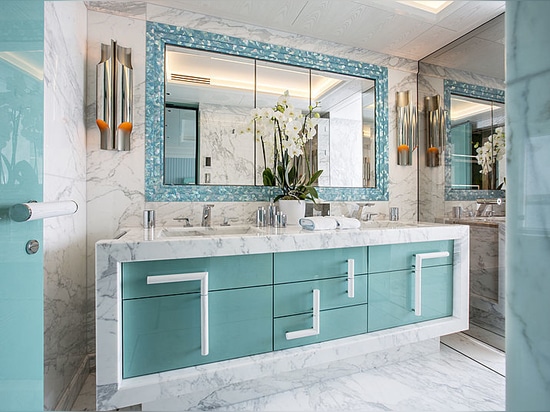 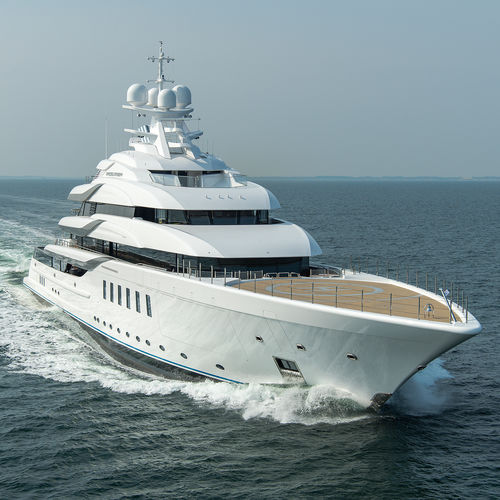