After Admiral delivered the 55.2-metre Geco to her owner earlier this year, it was a fine example of the yard’s ability to put together a luxurious high-fashion project capable of reaching some of the world’s far-fetched charter locations. It came as no surprise that the brief given for this unique, custom-designed yacht was to be "super cool, eye-catching and unconventional”.

She stood out as she stalked the shores of the Mediterranean this summer and that’s where SuperYacht Times caught up with her designer, Gian Marco Companino, to find out how he tackled the owner’s brief. He divulged on everything from the superyacht’s unique beach club to her granite-neutral contrasting interior.

Geco is a charter yacht, and so the choice of interior colours had to be pleasing to all guests. “Not all people are the same, so the idea was to create something very warm, very cosy inside that is neutral and easy to appreciate.” These tones were then offset with a granite contrast, which Marco says shows up better at night, “I found the best way to meet the brief was to make a contrast between the grey and the natural flow of the neutral colours.”

Described as glamorous with a perfect mash-up of classic French and contemporary Italian styles, Marco chose an interior that used precious materials and neutral ceilings which was a “fine example of good craftsmanship”. Wooden French boiseries, luxury Italian marbles and bronzed metal details throughout the yacht are just some of the high-end materials used to add a sense of luxury “but without a wild effect, she was never intended to be a ‘showboat’,” he adds.

Shades of grey and bright aluminium silver were chosen for the exterior colour. The result? “On one side it is relaxing and on the other side it’s startling.” The exterior colour palette was made to cleverly emphasise the fluidity of her design.

“The idea was to create a huge continuation between interior and exterior. It was a request from the owner but also for me as a representative of the shipyard, it was important for me to closely link the exteriors and interiors, especially on this size of yacht.”

Geco’s name isn’t the only nature-inspired element evident in the design. Marco tells SuperYacht Times, “In the beach club, you will see there is glass on the side of the platform. This glass wall is a similar design to a shark's gills.” He goes on to describe how “the yacht’s design is a mix of automotive and nature styled inspiration” and marine creatures influenced his style choices for the bow, exterior lines and in the superstructure and the upper deck exhaust was reminiscent of a supercar.

Nature served up serious inspiration, so it makes sense that the designers made an effort to pursue a sustainable design process too. “We used materials that are treated without any chemical processes. The paints, the finishes on the fabrics, they are all made sustainably,” says Marco.

Connected to the outdoors

To make the most of the outdoors, guests can use the upper deck and its multi-functional design to create an indoor or outdoor lounge and dining area. “On this type of yacht it is very important that the inner spaces are like an extension of the outdoor areas,” Marco says. The aforementioned shark-gill-inspired glass in the beach club provides a seamless flow into the scenery around and is functional too – “it works like a windscreen against the yacht’s surroundings.”

Due to changing hands during the construction process, the end result of Geco was something quite different from her original concept, particularly her aft. The result was what Marco describes as a “revolutionary concept.” “We worked very much on the sun deck, which was not present from the very beginning, and we completely changed the aft. It’s a beach club that can be both open and closed,” he explains, adding that the way the team approached this was in a completely new style for a yacht of this configuration and will hopefully pave the way for Admiral yachts of the future.

To find out more about Geco and her builders, contact Admiral directly via information found below. 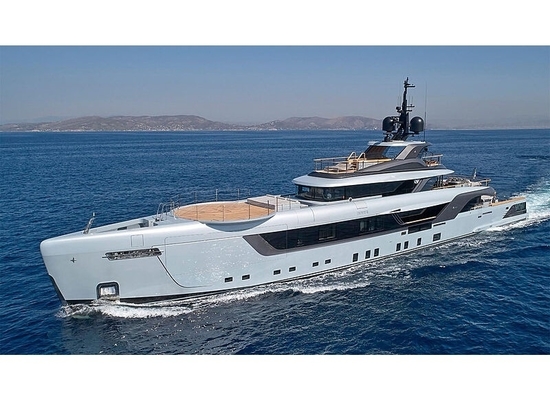 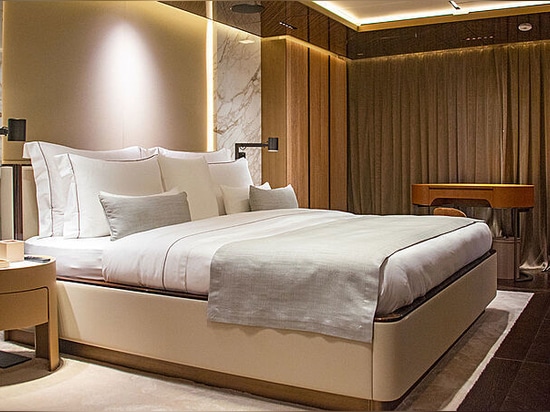 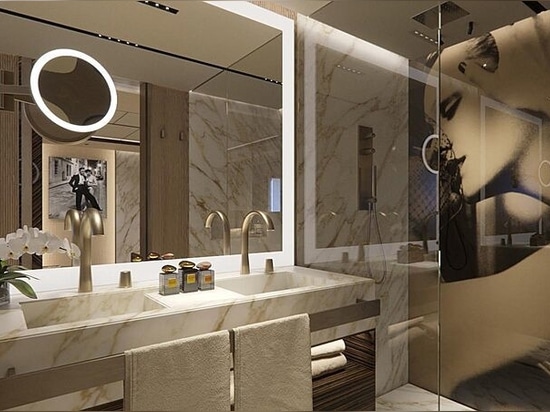 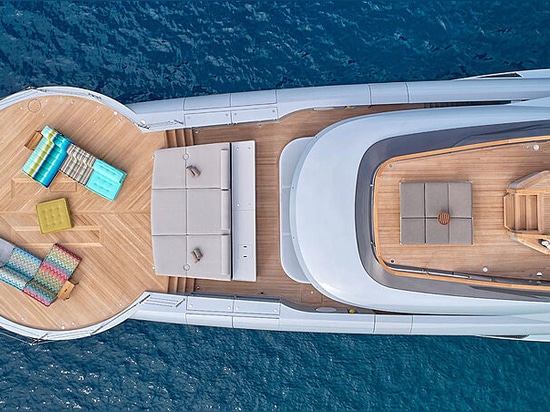 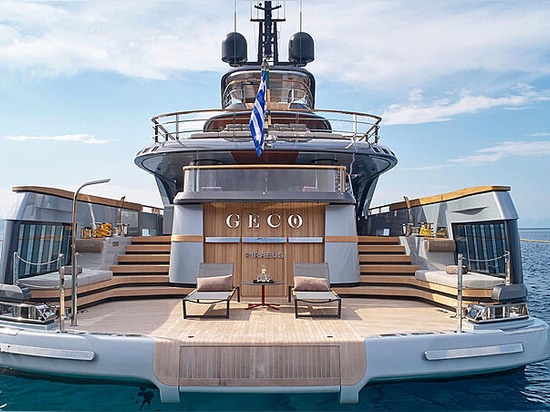 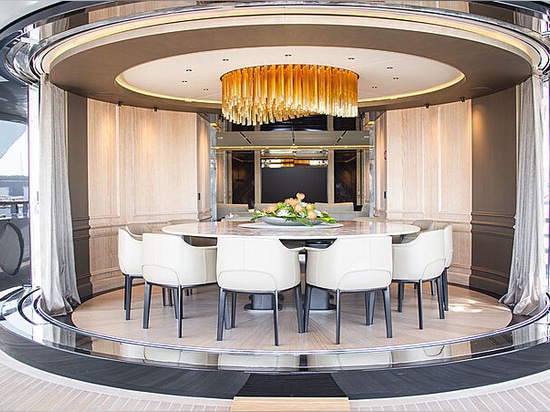