Bluegame BGX60 first look: New design is unlike anything else in this size bracket

Could the BGX60 be the model to take the Bluegame brand global? We take a look at this intriguing new design...

The BGX70 was one of the major talking points of last year’s Cannes Boat Show owing to its unique layout, with a water-level aft sundeck leading to a sunken saloon on the lower deck.

Now, Bluegame, a sub-brand of Sanlorenzo, has applied the same formula to this new 60ft model, which was announced at October’s Genoa Boat Show.

The design really is unlike anything else in the sector, with an open aft deck that can be used to store the boat’s tender or fitted with a wet bar and furniture to create a waterside sundeck that links, via some spectacular glass doors, to a saloon on the lower deck complete with hull windows, a sofa and pop-up television.

A staircase grants access to the upper deck and the helm station, sky lounge and aft terrace. Access to the cabins is via a door off the lower saloon, where there is the option of a two or three-cabin layout.

The version with just two ensuite cabins is particularly luxurious, especially the master cabin which could comfortably have been plucked from a boat 10ft larger.

The VIP cabin in the bow is also a good size, even if floor space is impeded slightly by the crew cabin, which is tucked down the starboard side.

With no flybridge, the foredeck takes on an important role as a key outdoor living space and its layout reflects that, including a pair of fixed tables, a broad sunpad with two-way backrests and a free-standing canopy for shelter.

With fresh products like this and a new UK agent, Sanlorenzo will be hoping the Bluegame brand can make inroads on these shores. 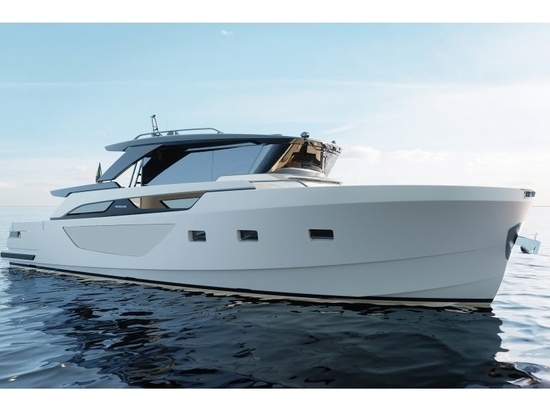 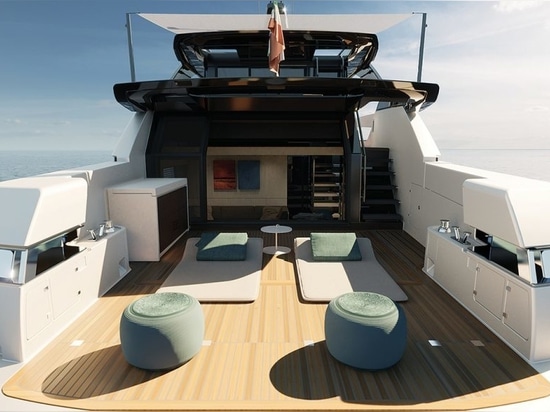 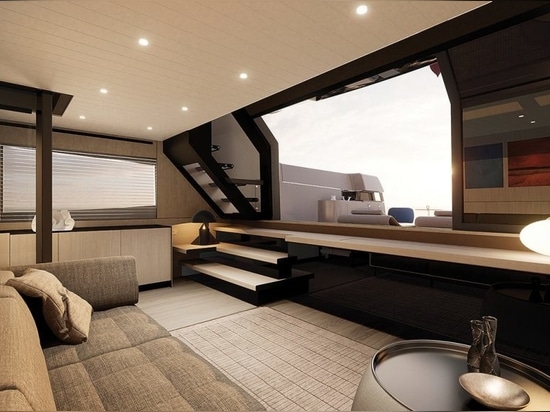