Well here’s an interesting idea. Instead of having the cabins on the lower deck, where they rub shoulders with the machinery space and water laps incessantly against the hull, why not put them on the middle deck?

That is exactly what Cetera has done with the 60, a ‘multispace yacht’ which its designer Francesco Guida claims has around 30 square metres more living space than a traditional 60-footer.

And before you write Cetera off as some naïve upstart, not only does the 60 have the brain of Guida behind it, but Fiart Mare is building it.

The Cetera 60’s layout is unique but quite simple. On the half-height lower deck is the engineroom with a pair of Volvo Penta IPS700s as well as a storage void for the tender and a twin crew cabin, which has direct access from the foredeck.

At the aft end of the main deck, where most craft have their saloons, this has a twin and double guest cabin plus an ensuite master cabin to port.

A central walkway links the aft cockpit, all three cabins, the saloon and the forward cockpit, which is accessed through a pantograph door in the forward bulkhead.

The decks are linked internally by a spiral staircase, which leads up to the upper deck, where you find the helm station, galley and dinette with seating for eight people.

The benefits are clear; not only are the cabins better insulated from machinery noise and lapping water but their elevated position allows for an increased glass area so there’s more natural light allowed in and better views out, plus over 6ft 6in (2m) of headroom all round.

The styling is a bit Marmite but, from the plans at least, the layout looks rather brilliant. We’ll reserve final judgement until we see the Cetera 60 in the flesh and find out how it handles. 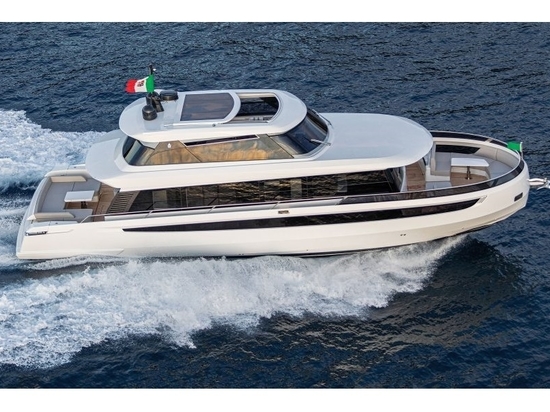 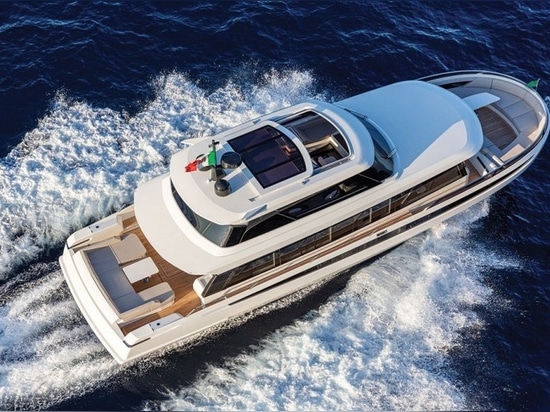 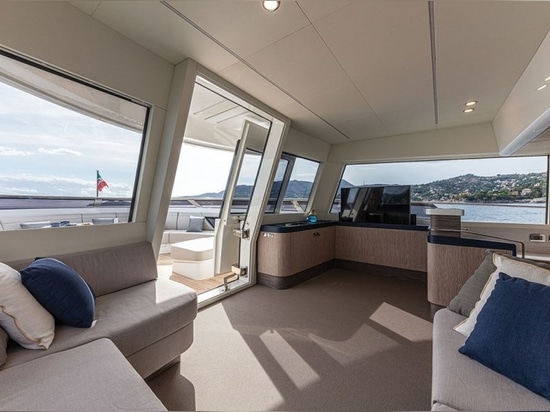 Saloon features a sliding door to the deep forward cockpit 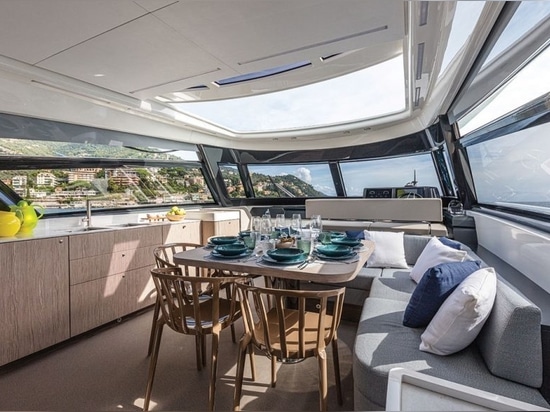 The galley, dining area and helm are on the upper deck 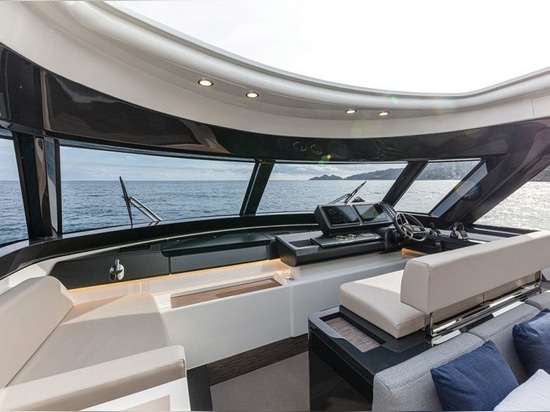 Drop down windows and a big sunroof keep it cool 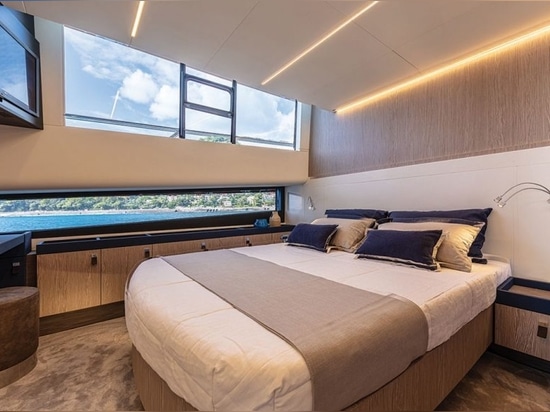