Building an all-aluminium, 50-knot weekender for a member of the Dutch royal family is one thing but to do it during a global pandemic in less than five months is nothing short of astonishing.

That is exactly what Van der Valk managed to do with the new Waterdream California 52. In early 2020 Prince Bernhard van Oranje Nassau personally welded the first sheets of aluminium and since then Van der Valk’s skilled team of craftsmen have worked tirelessly to bring this project to life.

Designed by Dutch naval architects Vripack and built by Van der Valk for Waterdream, the company owned by Prince Bernhard, each boat is crafted to the customer’s needs but hull number one has an open-plan arrangement below deck (the strength of aluminium lessens the need for structural bulkheads) with a convertible vee berth in the bow and a pair of twins amidships that slide together at the touch of a button.

There are some beautiful touches on deck like the ‘floating’ steps that lead up the elegant transom, the frameless windscreen and the yacht-style carbon-fibre helm pod, which sprouts out from the middle of the deck.

Because there are no side decks, the cockpit is allowed to spread across the full beam but it means that the only way on to the foredeck is through the middle of the windscreen. At the stern, beneath the sunpads, a large garage has enough space to stow a tender and water toys.

The California 52 is a glowing example of Dutch heavyweights coming together to build something rather special, and by royal appointment too.

Rakish looks are fit for a king, or in this case, Prince Bernhard 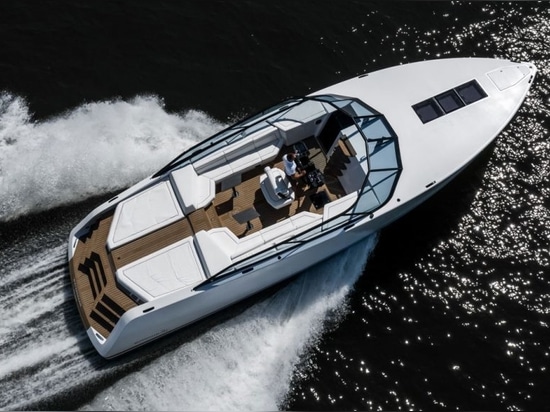 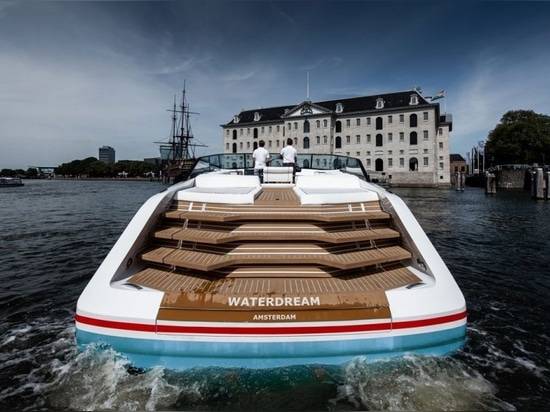 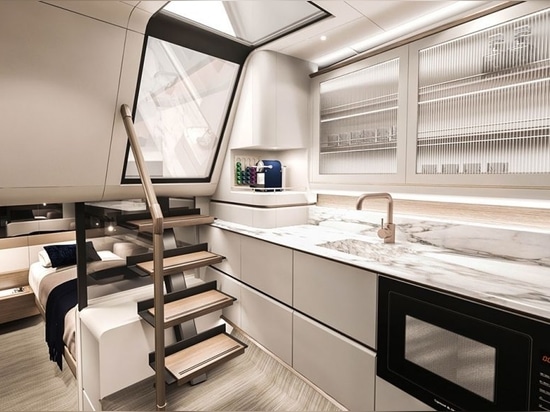 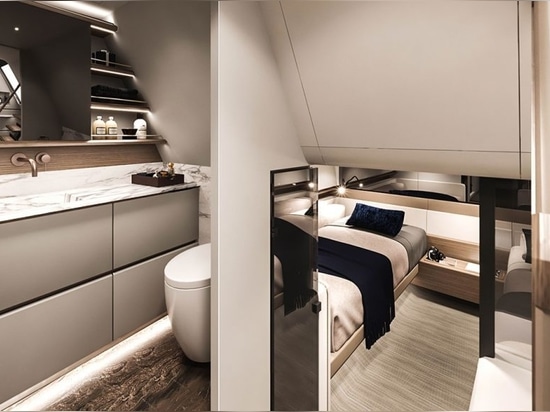 The guest cabin has twin berths that slide together