With a hefty 20% increase in power output, the C32B Triple Turbo engine leverages the same core engine upgrades as the C32B 2,025 mhp rating while offering additional features and benefits.

“We are extremely excited to build on our recent introduction of the C32B by bringing even more power density to the industry with our best-in-class V12 engine. The C32B Triple Turbo engine will be a difference-maker for the high-performance marine segment, both in power and performance. We’re thrilled to work with our customers, dealers, and builders to deliver this outstanding product.” says Allen Bowman, Caterpillar Marine Product Strategy Lead for C32.

Caterpillar says the C32B Triple Turbo engine has something to offer for everyone in the high-performance segment, such as higher vessel speed for sport fishers, more environmentally friendly options (IMO III SCR) for motor yachts, and 2,025 mhp intermittent duty classification for governmental applications.

The C32B was designed with repowers in mind to provide more power and life to existing vessels.

Additional certifications may also be available.

The Cat C32B Triple Turbo engine will be available to order in late 2021. 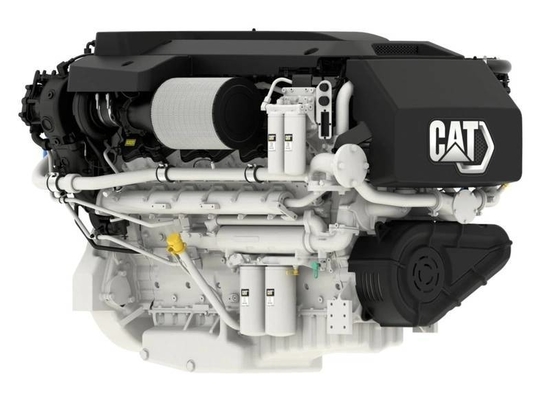