France’s Piriou Shipyard has been awarded a contract by the Pays de La Loire region for the construction of a ferry to serve the island of Yeu off the French Atlantic coast. Set for delivery in 2022 it will replace an existing ferry that will by then have been in continuous service for 40 years.

Nantes headquartered design office Stirling Design International (SDI) has been in partnership with Piriou on the project since 2019 and says that the newbuilding will give the Pays de la Loire region and ship operator Compagnie Yeu Continent a 40% increase in capacity compared with the earlier ship, with larger RO/RO spaces, additional cargo deck space on deck and in holds, and additional passenger capacity.

The vessel will measure 55 meters in length with a beam of 12.6 meters and design draft of 23.5 meters. It will carry 39 passengersand have a crew of eight,

The ship will be equipped for cold-ironing, reducing both noise and air emissions when in port.

The ship’s styling is inspired by passenger/cargo vessels operating in the early 20th century. There are two separate passenger lounges along with an open deck lounge on the upper deck aft. 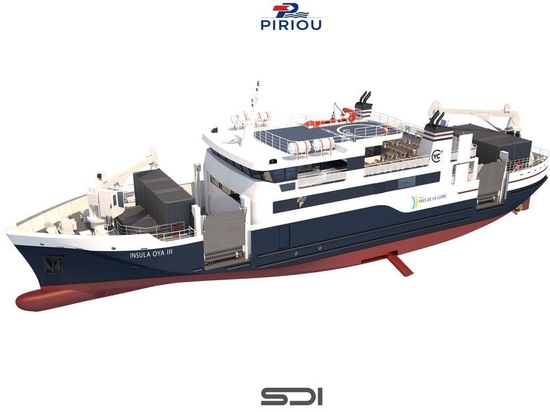 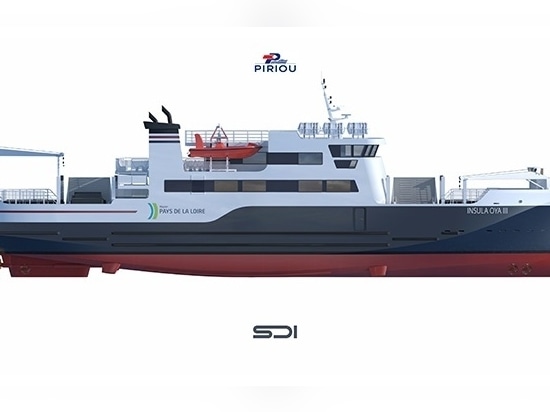