Lowrance launched ActiveTarget Live Sonar with live-action view of fish moving around structures, as well as a new line of fishfinders, the Elite FS series.

The ActiveTarget Live Sonar views show high-resolution images of fish movements in real time and in greater detail. With this immediate feedback, anglers can adjust the presentation to trigger a strike, and also know if more than one predator fish is active in the area.

“This sonar is unbelievable. It doesn’t matter how fast I’m going, how fast I move the trolling motor, it is instantaneous feedback of a true image of what’s going on under the surface of the water, and there’s no guessing,” said professional Bassmaster fisherman Skeet Reese in a statement.

ActiveTarget can be set to Forward, Down or Scout mode. Forward and Down views allow anglers to track fish in front of or below the live sonar transducer, and Scout mode delivers an ultra-wide, overhead view of structure and fish activity in front of the transducer – providing anglers a view of bait balls and big schools of fish.

“I’m just excited to use it. I think it’s gonna help me catch a lot of fish that I probably couldn’t have caught without it,” said Jordan Lee, a professional angler in the Major League Fishing series.

ActiveTarget Live Sonar, complete with black box module and transducer is priced at $1,499.99.

“We are very excited to add such a powerful, yet affordable fishfinder/chartplotter to our award-winning lineup,” said Navico Group CEO Knut Frostad in a separate statement. “Anglers will love that we have packed our most advanced sonar technologies in an easy to use and install display.” 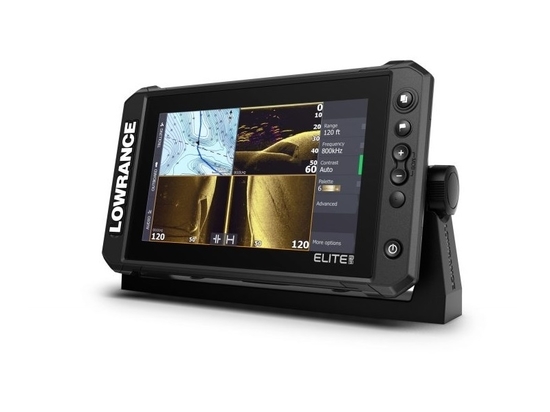