GMDSS is an internationally regulated service, governed by the International Maritime Organisation’s Safety of Life at Sea (SOLAS) convention. Iridium’s system is said to the first in the world to offer a real-time voice calling service.

“This is a historic moment in both the satellite and maritime industries,” said Matt Desch, chief executive of Iridium. “It is not every day that you get to announce the launch of a service that will most certainly save lives and is bringing innovation to this important maritime service.”

Once a user holds down the red ‘distress’ button a signal is routed through the Iridium satellite network and delivered to a designated Rescue Coordination Centre (RCC). Said to be unique to Iridium’s system, this is then followed automatically by a distress phone call, allowing the RCC to speak to those on board to better understand the emergency.

Captain Moin Ahmed, director general of IMSO, which regulates the GMDSS system, explained that the formal evaluation of Iridium took more than four years. “At each step Iridium successfully demonstrated that its safety voice, distress alert and Iridium SafetyCastSM maritime environment broadcasts not only met all IMO requirements but in many cases exceeded them,” he said. 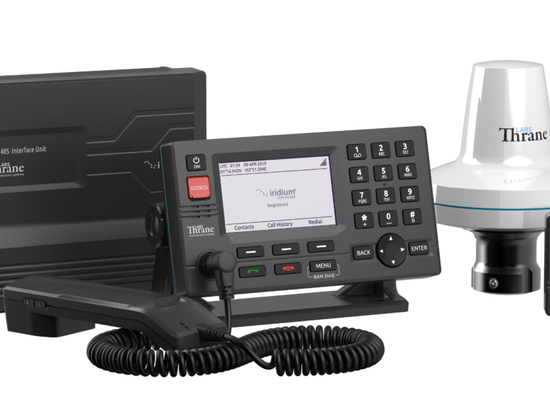 Iridium has launched a safety service with real-time voice calling