Named Pagurus, after the Latin for crab, the yacht is inspired by the shape of a giant crab and was originally conceived as a military vehicle.

Key features include dual propellers and twin 890hp diesel engines for a top speed of 24 knots. Screw cylinders sit along the bottom of the twin steel hulls, which recharge the yacht batteries while sailing.

The solar panelling on the yacht’s exterior provides a full electric sailing mode with a range of six to seven hours at a speed of five knots.

The cylinders also transform the Pagurus into an amphibious vehicle by lowering 60cm when reaching land, allowing the yacht to move across sand or mud terrain.

The living areas on board are found inside the two hulls, which are connected via a bridge tower deck station. The hulls can include two to three cabins, a kitchen and toilet.

Total accommodation on board is for eight guests and four crew members.

The amphibious reinforced steel version of the design is estimated to cost around €24 million, with a construction time of two years. 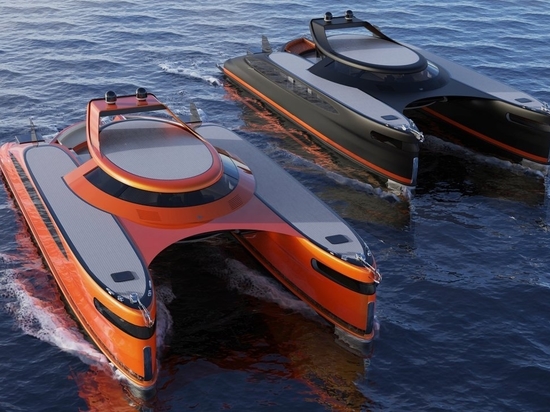 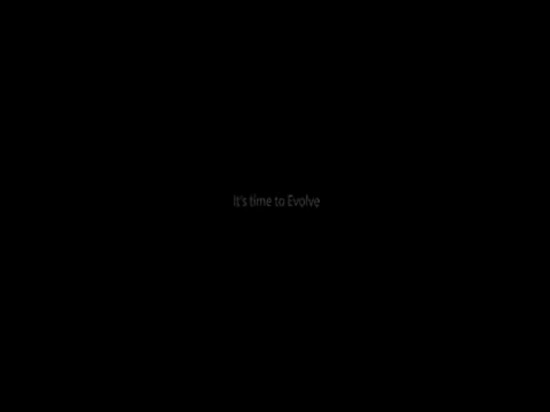 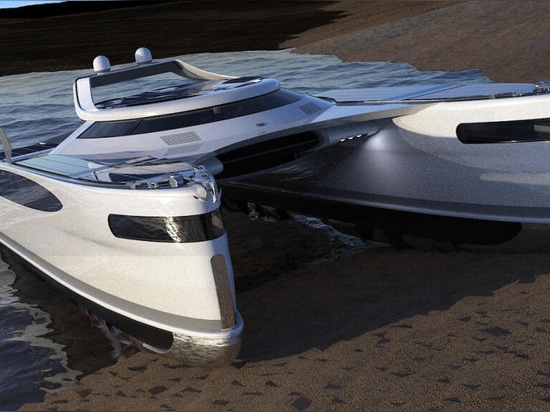 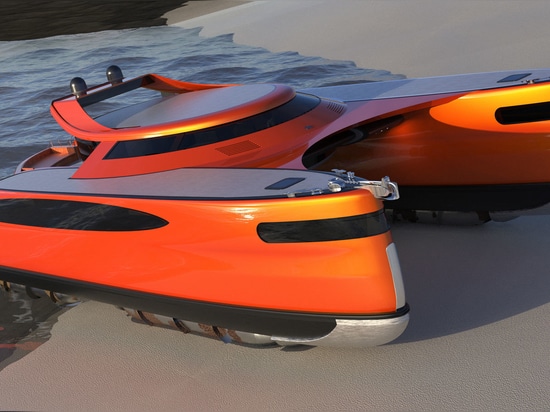 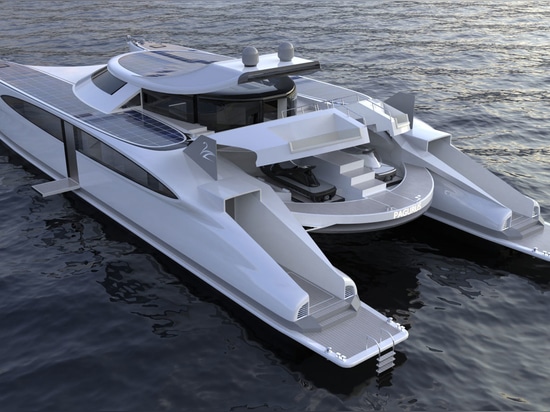 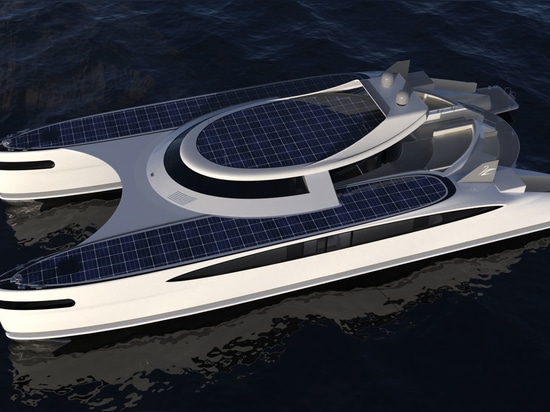