The Swan 88 was revealed during a virtual press conference hosted by yard chief executive Giovanni Pomati who described the model as “an entry size to the world of Maxi”.

“We wanted to build a superyacht with an efficient platform, in terms of management costs, easiness to get the charters certifications,” he said.

Speaking about the model, Frers described the Swan 88 as an “evolution of the previous models”.

“For this one we’ve done a complete study for the balance, the performance, the position of the rig and the shape of the sails. According to the results of these studies, we designed the hull.”

Key features include a deck split into four distinctive areas with the first three located aft and a fourth sitting forward.

Aft, the guest cockpit features a new coachroof design with an integrated sprayhood and bimini and modular benches that can be arranged in flexible configurations, from lounging to formal dining.

The manoeuvring area with the yacht’s winches is centrally positioned while a new beach club area sits at the stern with access to the water and a large tender garage.

The fourth area is described as a “sunset lounge” and sits forward of the mast.

The interior will feature a range of layout arrangements and mood concepts to enable owner customisation and will include accommodation for 10 guests across an owner’s cabin located forward and four guest ensuite cabins. The crew area will support four crew members. 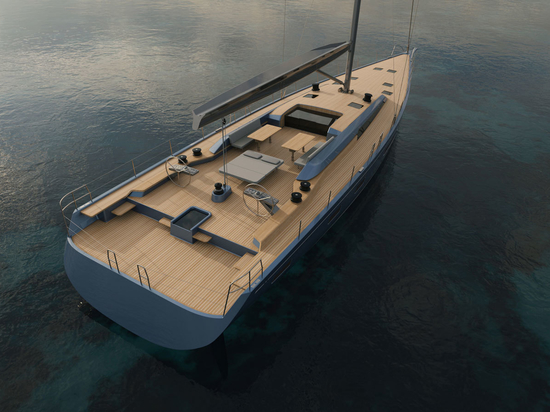 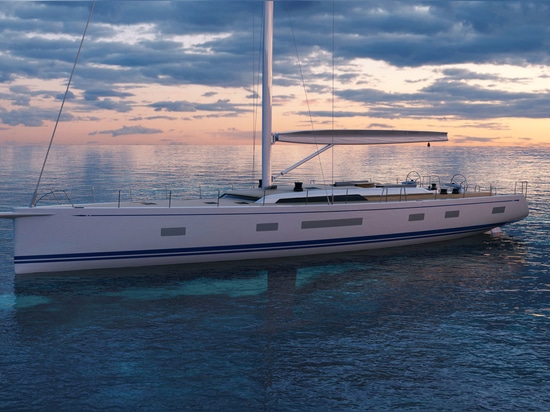 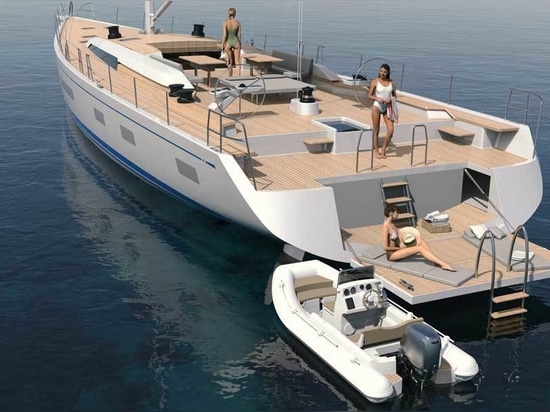 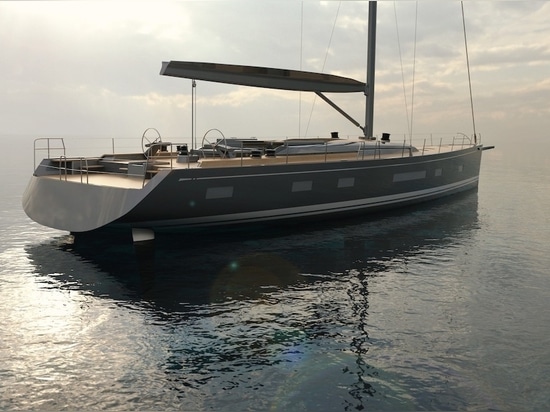 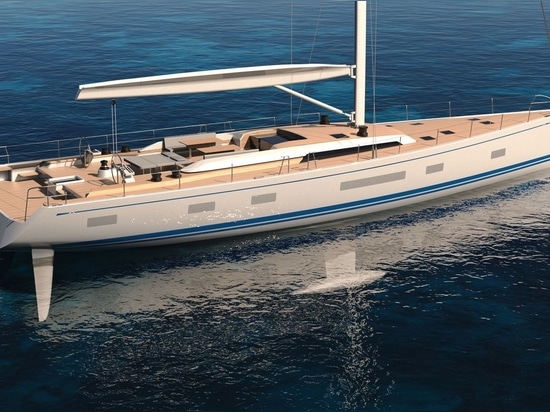