The villa that floats: On board Sanlorenzo’s 34m SX112 model

The 34.16-metre Sanlorenzo SX112 model has been designed in a way that merges together the style of the classic motor yacht and its flybridge with an explorer. With the first unit built in 2020, the yacht features an exterior by the team at Zuccon International Project and an interior that is the product of Lissoni Associati.

The high bow, elegant lines, lightness and slender profile descends towards the stern to invoke the style of explorer yachts. The SX112 delivers all the characteristics and stylistic features of the Italian builder’s SX line with the SX112 as the flagship.

Regarding its interiors, the SX range is built around an 'intelligent' framework that proposes a new way of living on the sea. "SX112 is another experimental design, like every new design we work on with Sanlorenzo," interior designer Lissoni said. "In this case, we have adopted an approach that is even more architectural to encompass everything needed to feel as if you are in a floating building. We have built a villa that floats."

With a philosophy to break down barriers between life on board and life on the water, the interior layout opens up to the outside at every opportunity. "Great attention was directed to subdividing the interior spaces to maintain a continuous dialogue with the exteriors," Lissoni added.

The designer’s intention to blend style, flexibility and functionality was realised onboard and is perhaps most evident on the main deck. "The main deck was conceived as an open space that emphasises the relationship with the exterior, in line with the concept developed for other boats."

The focal point of the yacht project though is the new stern area, which the builders dub as the most iconic space on board. The concept is the brainchild of the architect Luca Santella, who also came up with the concept for the SX crossover line."The SX crossover range is Sanlorenzo's perfect example of profound sartorial aptitude. A line that was born from the constant dialogue between the company and its owners and that has led to the creation of a project never seen before in the yachting world, to meet the new needs of a constantly evolving market. A range of yachts that favours the use of the boat at sea, designed for true yachting enthusiasts,” says Massimo Perotti, executive chairman of Sanlorenzo.

Powered by four IPS 1350 Volvo Penta engines, the model can cruise comfortably at around 20 knots, reaching a top speed of 21 knots. 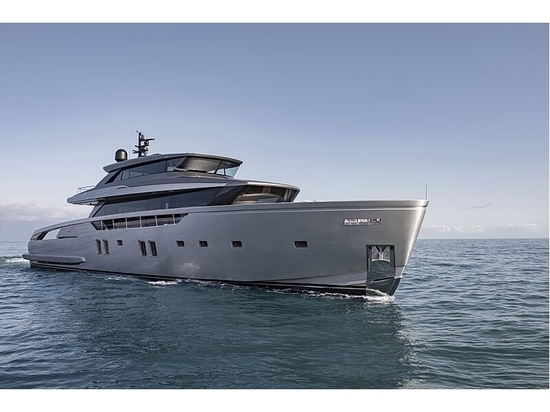 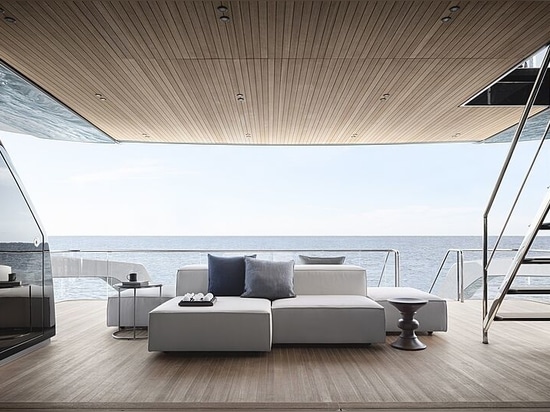 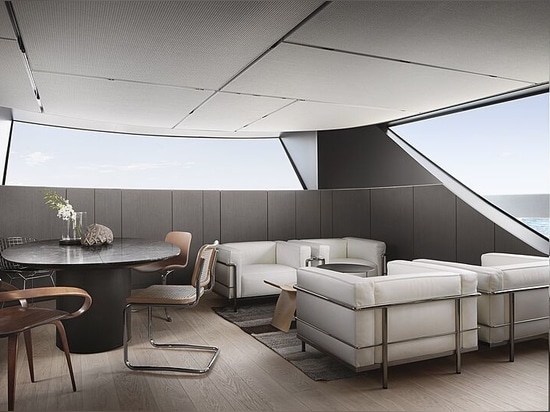 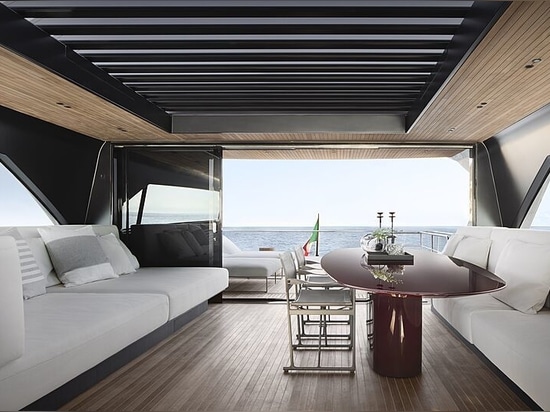 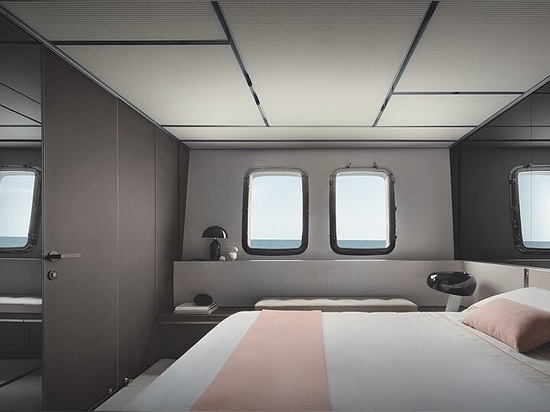 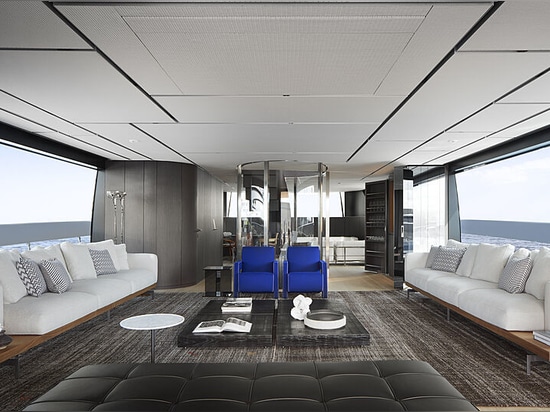