Speaking about the sales, which include both open and closed versions of the yacht, Silent Yachts chief executive and founder Michael Köhler said: "We are happy that the interest to fully sustainable yachting keeps growing. Our latest orders are another confirmation of this trend for a much greener future."

The advanced model of the flagship is the builder's "most spacious model to date" and is available with a skylounge on the top deck or a huge 90 square metre fly deck. The main point of difference on the tri-deck version is the panoramic air-conditioned saloon on the flybridge.

Speaking about the version, Köhler previously said: "We thought we can make another step forward with the new model.

"The additional sky lounge is a very convenient space and helps stretch out the period of using the boat. The extra space on top extends social areas onboard, while offering new opportunities in terms of layout.”

The Silent 80 was designed inside and out by Marco Casali of Too Design. Naval architecture meanwhile has been undertaken by MICAD. The concept was created by Köhler.

Powered entirely by solar energy captured by its extensive flybridge panelling, the Silent 80 sports an exterior design that is "clean and timeless with straight lines of huge windows" allowing the entrance of ample natural light. It has been described as carrying "the DNA" of the smaller 16.7 metre Silent 55 model, but on "a much larger scale."

Social areas sit forward and aft while the cockpit is equipped with a lounge and bar. The forward area is fitted with a sea facing sofa and sunpads.

Designer Marco Casali said: "Solar power is about square metres, so we need to dedicate as much surface to the solar panels as possible, while keeping the overall balance in shape. What I tried to achieve is an interesting Italian design, sophisticated and refined.”

The catamaran is powered with a pair of 250 kW engines for a top speed of up to 18 knots. It is capable of travelling at 6-7 knots in complete silence with unlimited range passing 100 nautical miles a day. A hybrid power version is also available, which includes the combination of a pair of 220 HP motors with two 14 kW diesel engines.

The 80 model is available in a number of layout versions and can accommodate a maximum of 10 guests across five cabins. These can either feature a double bed or two singles. The owner’s front cabin features an en suite and walk-in office with a desk, locker storage and large mirror. The first unit features a four cabin layout with two "owner" cabins.

Without an engine room, the Silent 80 also has space enough for a 4.5 metre tender, amphibious car and gyrocopter on floats which Köhler said "is quite impressive for a yacht under 24 metres long."

He added: “Inside, the Silent 80 is designed to provide maximum comfort to owner and guests who spend months on board in long happy voyages.” 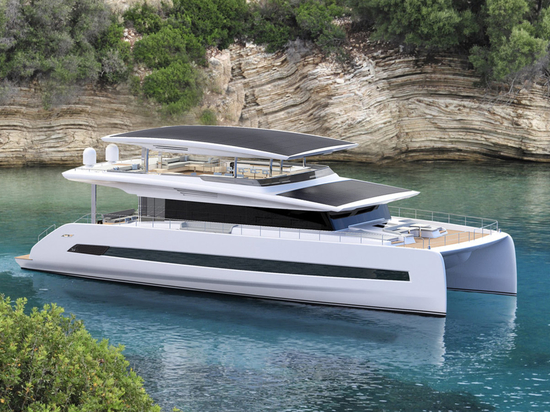 The new tri-deck version of the Silent 80 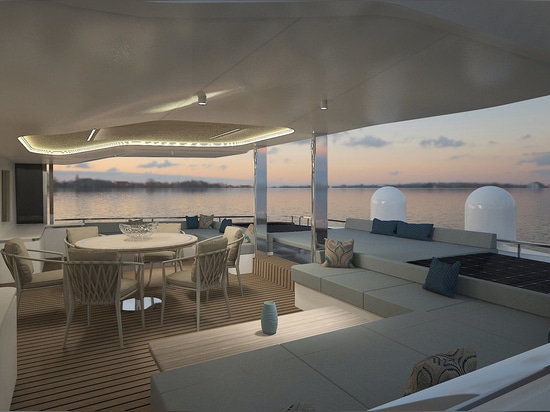 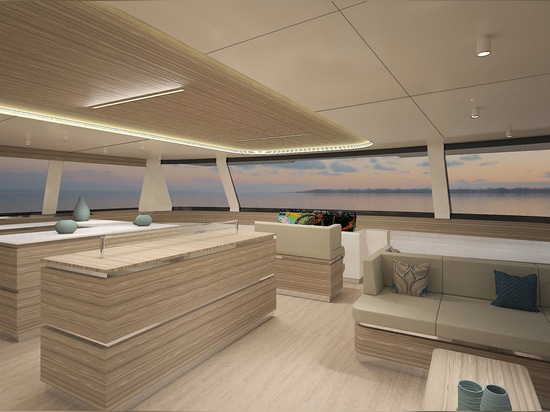 The yacht is available with a skylounge on the top deck or a huge 90 square metre fly deck. 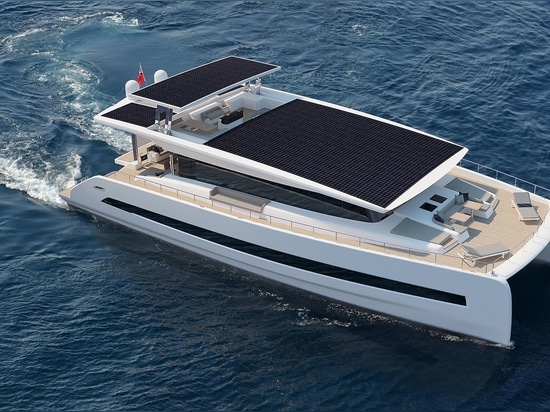 Delivery on the first unit is expected in early 2020 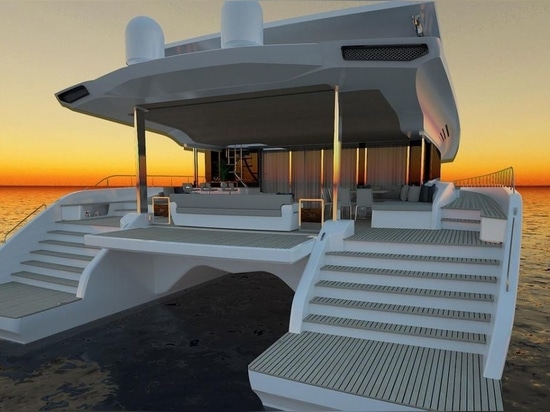 The yacht will be entirely solar powered, enabling an unlimited cruising range and noise and fume free navigation 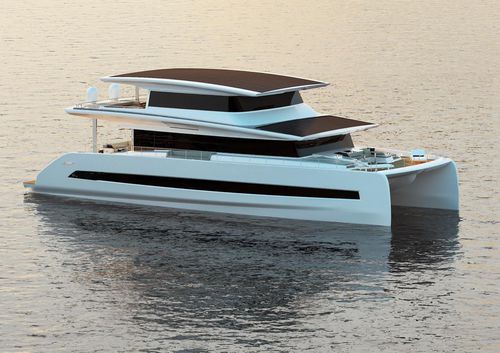 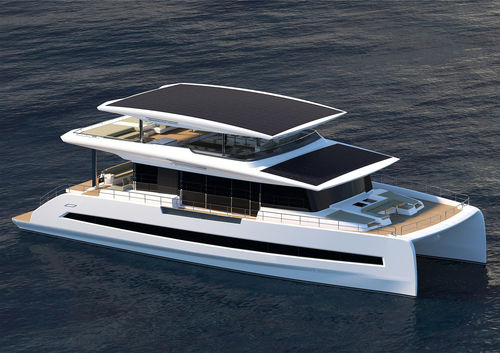