Andrea Bacigalupo, one of Leopard’s original naval architects, assisted in the design of the new 36m range…

Leopard Yachts, an iconic Italian brand since the early seventies, has been re-launched by Seven Stars Marina & Shipyard near Pisa. Andrea Bacigalupo, one of Leopard’s original naval architects, has designed the new range’s streamlined hull. The interior and additions on each individual 36m yacht are fully customisable, with Monaco brokers TWW Yachts overseeing contracts and construction.

Davide Mugnaini, CEO of Seven Stars Marina and Shipyard, told SuperyachtNews, “We are very much focused on retaining the exclusivity of Leopard Yachts. We will be building one, two… maybe three yachts every year, and every boat will be tailor made and crafted to suit the needs of the owner… We are bringing with us everything from the old brand, while at the same time, we are changing and adapting everything to the future. The iconic lines, the best engineering, as well as the high performance and speed are all main features of our future strategy.” Following on from Mugnainis’ comments, brand manager Carlo Pittis said,

“Simply taking the name and using it would be easy. What we plan to do is enhance and reinvigorate the very best aspects of Leopard to give the client something really special.”

The fruitful history of Leopard Yachts began in 1907 when the Picchiotti family first established the Giuseppe Picchiotti e Figli shipyard. However, it wasn’t until 1973 when the Picchiotti family, based in Italy’s Tuscany coast, collaborated with naval architect Paolo Caliari to create the first Leopard Yacht. These sleek motor yachts were celebrated for their speed, reliability, comfort and elegance. From 2000, Leopard Yachts' newest models were constructed at Tombolo Shipyard, located on the Canale dei Navicelli between Pisa and Livorno.

Mugnaini researched Leopard Yachts’ compelling backstory, with a view to reviving the legendary brand. He travelled to Genoa to meet Andre Bacigalupo, Caliari's student and Leopard’s designer since 2000. To his delight, Mugnaini found that Bacigalupo had continued to perfect his Leopard Yacht designs and drawings as a private passion.

“We had a mutual respect for Leopard’s history,” stated Mugnaini. “Combined with Seven Stars’ technical know-how, it has made our collaboration on the relaunch of Leopard Yachts an act of love.”

The newly-revived range of Leopard Yachts will be produced in the Tombolo shipyard by Seven Stars, where Leopards have historically been built. The first 36m will be ready to hit the water just 24 months after signing. This model is said to boast contemporary interiors and more efficiency than the original.

Carlo Pittis, went on to explain the customisation process, "No Leopard constructed by Seven Stars Marina & Shipyard will be identical. Our approach is truly artisanal and tailor-made. Potential owners are afforded a blank canvas, whether they wish to install a Jacuzzi or completely redesign the yacht's interior spaces." Pittis went on to explain what sets Leopard apart from other superyachts in its category, "The new range boasts dimensions and elements that are not found in other yachts of this size and type. For example, the large owner's cabin on the main deck, or the spacious Beach Club aft, they will be all on the same level with just one step in-between.” The Leopard’s speeds of up to 42 knots allow for fast point-to-point voyages.

Mugnaini followed up by saying, “The degree of personalisation is limited only by the owner’s imagination. Our clients can be assisted by interior experts Nauta Design, with whom we collaborate closely. In terms of elements within the yacht, Seven Stars is renowned for its obsessive attention to detail and tenacity in sourcing any material or accoutrement.”

The forthcoming 24m and the 46m Leopard Yachts afford equally attractive options for potential owners. The former will be sporty and compact, while the latter’s incredible spaces will opt for a focus on comfort. 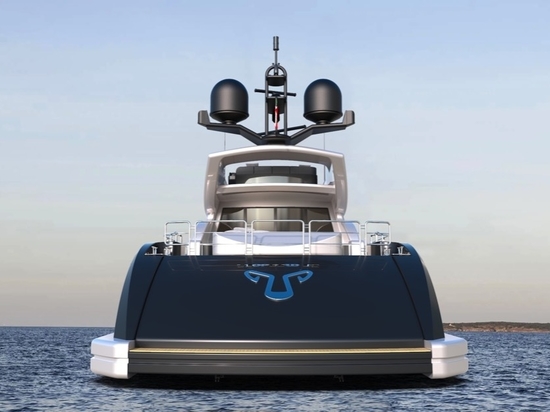 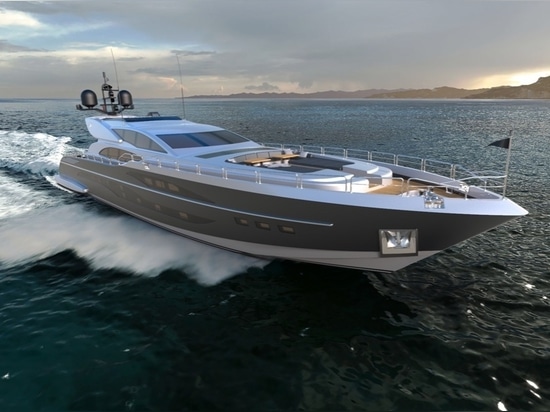