Extracthive is working on industrializing the recycling of composite materials, mainly carbon fiber. Mehdi Mahmoudi, project manager of the technology called Phyre, tells us more about the method and applications that could be of interest to the nautical industry.

A recycling company from the atomic industry

Extracthive was created in 2015 as a spin-off from a project of the French Atomic Energy Commission (CEA). Its core business is the development of innovative and customized processes for recycling industrial waste. Based on existing technologies or through new solutions, the company sets up the method in the laboratory, then assists its client to go to industrial scale, either through existing recycling channels, or by identifying the actors necessary to create a new recycling circuit.

"In 2019, we acquired a subsidiary specializing in the recycling of abrasives and ceramics, located in the Vaucluse region. The idea is to recycle, separate, and then reincorporate materials. This has led to the emergence of a cluster around specialty materials, including carbons," explains Mehdi Mahmoudi, project manager at Extracthive.

Phyre: solvolysis to preserve the properties of carbon

Carbon work at Extracthive began in 2016 for internal purposes, but it was quickly identified as a market of the future. "There's a lot of CO2 generation. For one kilo of virgin fiber, we emit 40 kg of CO2. France is the first consumer in Europe and the demand is higher than the supply. And if currently recycling solutions exist - 3,000 tons are recycled per year -, they do not meet all uses" says Mehdi Mahmoudi.

Pyrolysis works, but alters the mechanical capabilities of the carbon fiber. Extracthive has therefore focused on a solvolysis technology, called Phyre. Using two solvents, at low temperatures (below 200°C), the process separates the fiber from the resins, whether thermoset or thermoplastic. "It works with epoxy, polyamide and vinylester. For polyester, it is being optimized," says the project manager.

The fibers are then cleaned and can be reused, having retained 95% of their mechanical properties, with an environmental impact about 10 times less than virgin fibers according to current estimates by an independent firm. "For the fibers it works with glass, but economically it is difficult to be competitive with virgin fiber" adds the head of Phyre.

Ninety percent of the solvents are regenerated by evaporation. The remaining residues are difficult to recycle. In the case of epoxy, they are sent for incineration, while work is underway for polyamide PA6. "We're back to a resin precursor, which could be useful for reproducing it," explains Mehdi Mahmoudi.

While the project began in 2016, an initial 10L reactor launched in 2019 broke ground on the method. Thanks to a collaborative project, an 800L pilot unit was launched in 2020, which is 25-50 kg per bin. An industrial demonstrator is underway.

"We're not selling fiber yet. There are a few industrial obstacles to overcome before production can begin in late 2023. To continue, we need to source composite materials to be recycled and study their use in various sectors, including the nautical industry," concludes the Extracthive project manager 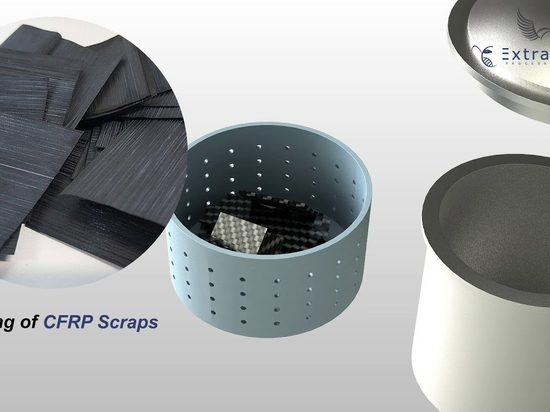 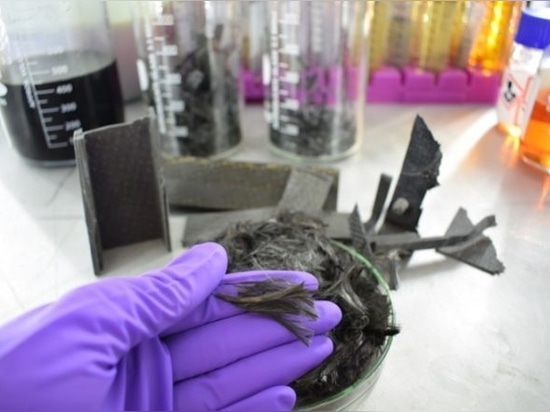 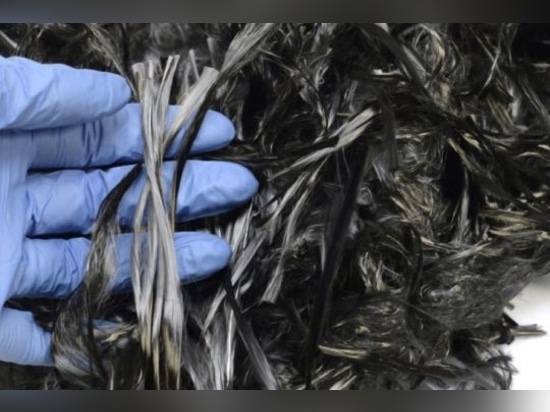 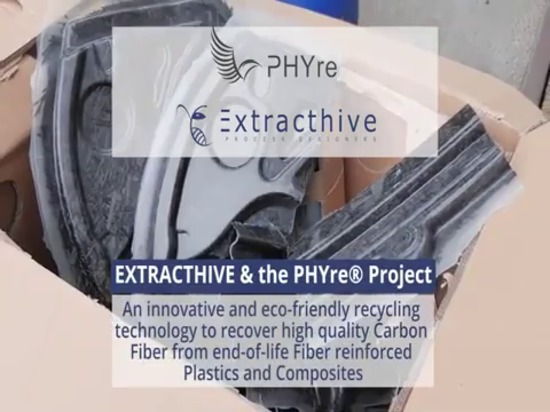