Over the last 12 months, Sealegs has experienced continued growth in all facets of the business.

The development team has tripled in size to allow for continuous improvement on the current model range, as well as the development of new innovative models and technology to deal with the unprecedented sales demand. Sealegs is set to release two new models in 2022.

Sealegs sales peaked at a record high for the 2022 financial year with over 70% growth in units sold. To further deal to this increased demand, Sealegs has had to expand into new premises resulting in the manufacturing process being spread across four locations on Albany’s Parkhead Place.

Ryan Van Der Lee has been appointed the new Sealegs International Operations Manager.He has made his way through the ranks at Sealegs, starting off on the assembly line in stage 1 and working his way towards his current role as assembly manager. He was awarded apprentice of the year in 2018 and was the fastest to complete the apprenticeship programme.

David McKee Wright says “Ryan has always had and will always have the support of his peers and colleagues due to his hard working and supportive nature. Ryan is always the one to put others first, and never turns down a challenge. With Sealegs’ recent growth, the need for an Operations Manager to oversee the full manufacturing process has become apparent to ensure the efficient running of the full production process.” 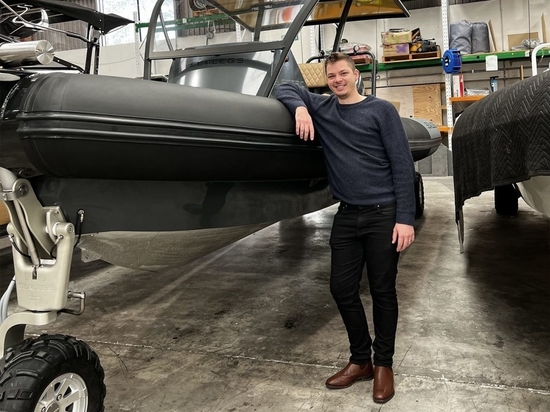