Seakeeper said it launched a first-of-its-kind vessel attitude control system that eliminates up to 70 percent of pitch and roll while underway.

Seakeeper Ride is the company’s first deviation from its line of gyroscopic stabilizers, the company said in a statement.

Attitude control systems are used in air and space technology to control pitch, roll and yaw, according to Seakeeper, adding that the technology has never been used in the marine space.

“Seakeeper has always been committed to bringing disruptive technology that represents a wholesale change from what’s currently available,” said company president and CEO Andrew Semprevivo. “Seakeeper Ride isn’t an incremental improvement; it transforms what it feels like to be on a running boat. We’re drastically changing the boating experience, again.”

Seakeeper Ride mounts to the transom below the waterline, the statement said. Using proprietary inertial sensing hardware and software, the system takes 1,000 measurements per second to understand the boat's behavior in all three axes. Custom-designed rotary blades make 100 adjustments per second at speeds of up to 300mm per second, creating lift that manages vessel motion instantaneously. 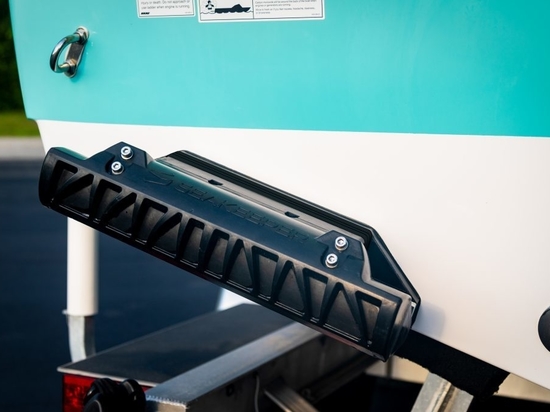