New Features for the Everglades 243cc

This center console bay boat has evolved as boatbuilding and angling have evolved.

In 2004, BOATING tested hull #4 of the brand-new Everglades 243cc, the first “hybrid bay boat” that could run shallow inshore but still handle big seas offshore. Built with Bob Dougherty’s patented, rock-solid RAMCAP process, it was impressive then and still is, eighteen years and 1,400 hulls later, judging by a new one we ran recently in sporty big-water seas. Curious about why the basic 243cc hull remains in the Everglades line, we talked with David Brown, Vice President of Product Development & Engineering at Everglades Boats. “It’s the ride and the variable-deadrise hull shape,” he explained. We still build 70-80 243cc’s each year because demand remains strong. It’s sort of a cult boat.” Even so, Everglades adds features as they become available.

The 243cc was designed for Yamaha’s original 225-hp four-stroke outboard. Today’s engine is the company’s F300, which offers more power on less fuel, plus Helm Master EX electronic steering and controls, with autopilot and joystick.

Other upgrades include switches, lighted stereo speakers, SeaDek pads, a Yeti cooler mounted on a slide under the helm seat, and Garmin electronics. Everglades engineers monitor updates to the systems standards promulgated by the American Boat & Yacht Council (ABYC) and the National Marine Manufacturers Association (NMMA). For example, the three 12-volt trolling motor batteries fit into a bow compartment on mounts that must pass an ABYC pull test. After eighteen years, the Everglades 243cc remains a safe, seaworthy rig, an investment whose working lifespan measures in generations rather than years. It endures. 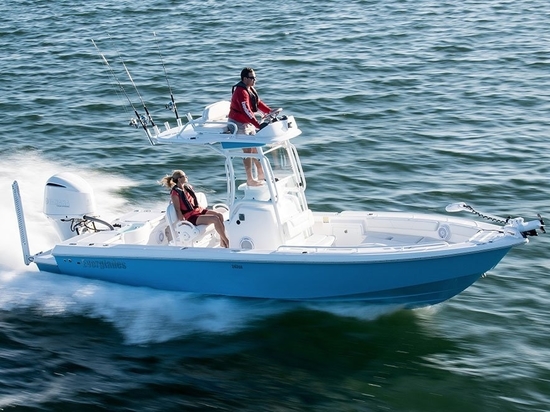 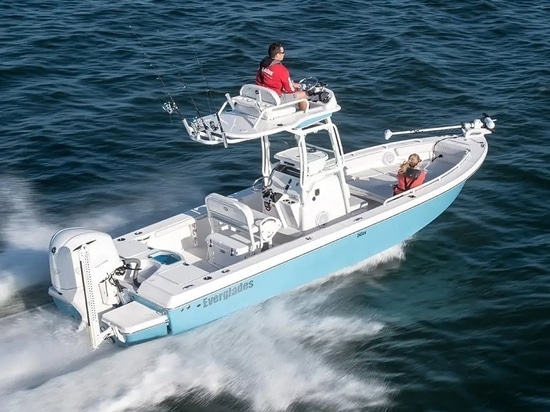 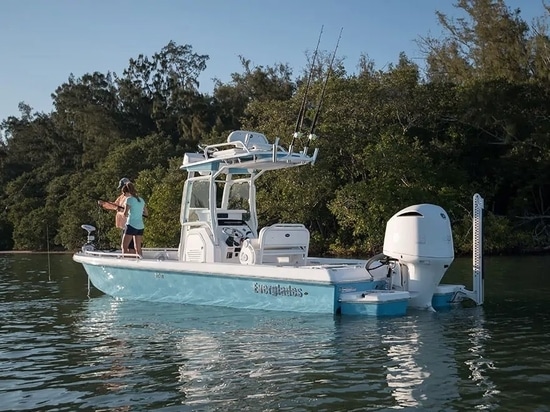 A pair of transom lifting platforms, built separately and foam-filled, bolt on for added buoyancy, lift, and a base for the PowerPole. The 243cc’s trim tabs fit into pockets molded underneath. 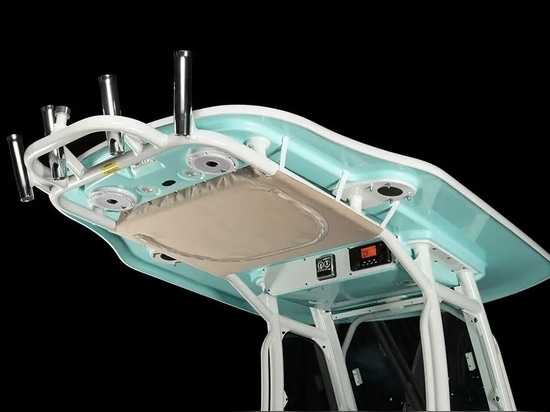 The original canvas T-top has morphed into a composite hardtop with VHF and storage box, stereo speakers, life jacket storage, rod holders, and a ski pylon.